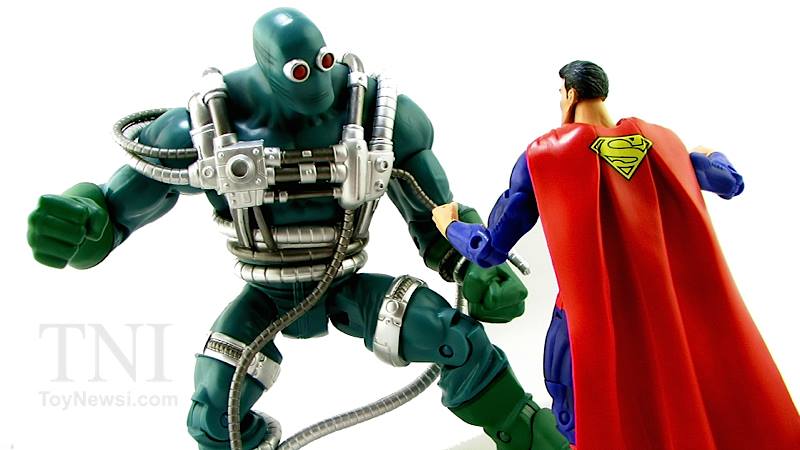 You can see an image above and a video review below that gives a much better look at the toy, which is part of Mattel's DC Universe Classics line of figures.

The figure will debut at San Diego Comic Con International and then move to MattyCollector.com, where it will likely cost between $30 and $35 if youc an get it -- otherwise scalpers on eBay tend to ask around $75-$100 for exclusives like this one in the months right after the convention. 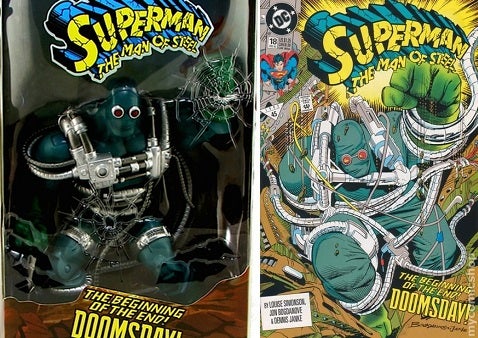 Unlike any previous Doomsday action figure, this one depicts Superman's deadliest villain in the containment suit he was buried in when he first appeared in Superman: The Man of Steel #18, the cover of which is reproduced on the packaging for the figure. The suit's origins were explained in Superman/Doomsday: Hunter and Prey, the first miniseries in which Doomsday appeared after the Death and Return of Superman stories.

During the course of a battle with Superman and the Justice League that took seven issues spanning five titles, Doomsday's suit was tattered and he was revealed to be the gray-skinned, bony monster fans know him as. From that point on, Doomsday was rarely depicted in the suit, particularly since as a mindless, rampaging monster, he didn't ordinarily take time to dress sharply.

Doomsday is currently the focus of the "Doomed!" storyline in the Superman and Action Comics titles.