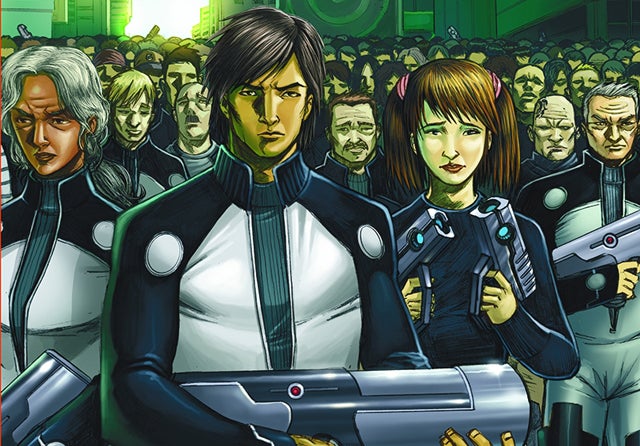 The critically acclaimed sci-fi epic revolves around Earth’s first contact with aliens who arrive to warn humanity of an imminent intergalactic invasion. Humans are drafted into the war to save both races but by the time the invaders are defeated, the humans discover they have been aiding the wrong side.

Originally published by Devil's Due in 2007, Drafted is also being rebooted as a comic for the summer of 2015 with Powers returning to pen new issues.

Drafted isn’t the only comic book-related endeavor Benderspink has embarked on. Just recently they signed Aspen Comics and also signed a deal with Universal Cable Productions to develop Five Ghosts for SyFy.