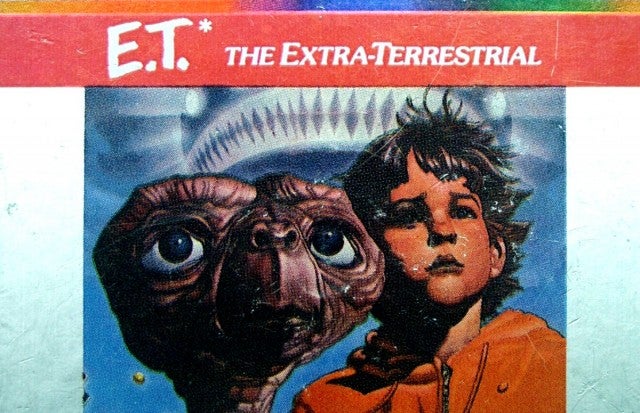 Some of the world’s worst games are now its hottest collector’s items.

The universally-reviled E.T. Atari game, among other Atari travesties, were recently unearthed from a New Mexico landfill. Preserved in their original boxes, the video games are now fetching thousands of dollars online, KRQE News reported. The New Mexico City that dug up the video games, Alamogordo, sold 100 game copies for the very un-ironic price of $37,000.

The games were buried in the landfill back in the 1980s. After the E.T. game was released to horrific feedback, consumers refused to purchase the game. Left with millions of unsold copies, Atari had no choice but to bury the games in the New Mexico landfill.

But Americans aren’t the only ones obsessed wit the old video games. As the local news outlet reported, a museum in Rome just opened the world’s first exhibit on the Atari dig. To prove that they’re not screwing around, the museum pairs each game copy with a certificate of authenticity and actual dirt from the New Mexico landfill.

If you’re looking to get in on the strange craze, there’s hope. Alamogordo still has 700 copies of the Atari cartridges left, and plans to sell them on eBay in the coming weeks.

Though we still love to ridicule the horrendous E.T. game, it looks like the joke was on us the whole time.

E.T. & Other Atari Games Dug Up From Landfill Fetch Big Money On Ebay

New Starfield Rumor Is Sure to Divide Fans

JoJo's Bizarre Adventure: What To Know About JoJolion