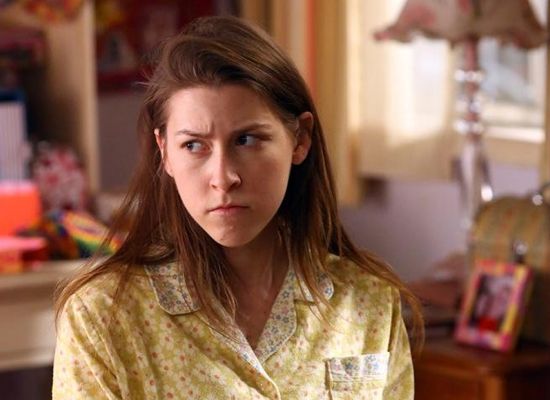 Eden Sher, who plays Sue Heck on ABC’s The Middle, took a meeting with Marvel earlier today. Sher tweeted, “Went to marvel offices at noon for a "15 minute meeting." 3 hrs and 80 lbs of issues later, here I am paralyzed from excitement.”

The official Marvel Twitter account retweeted Sher’s tweet as confirmation of her visit. Of course, the tweet set off instant speculation that Sher is in talks to star in an upcoming Marvel movie or TV project. Most of the speculation is centering around Ms. Marvel, because of tweets by Ms. Marvel editor Sana Amanat.

Amanat tweeted, “@edensher Great meeting you @marvel today! Can't wait for you to read the comics!” She also added, “@edensher you are so my new favorite person.”

Eden Sher responded to Amanat, “@MiniB622 literally mad that walking is keeping me from starting Ms. Marvel rn. TYVM 4 the issues. Promise next time I see you I won't cry.”

So, could Eden Sher be reading up on Ms. Marvel for an upcoming Marvel Studios movie role? It’s possible, but one thing to keep in mind is that celebrities often visit the Marvel Comics office just for tours or to take part in videos for the Marvel website to support their other projects. Simon Pegg visited the Marvel offices, which set off speculation that he was going to play Ant-Man, which we all know how that turned out.

Marvel Entertainment Manager of Video & Content Blake Garris tweeted a photo of Sher’s visit, which might very well mean she was there to take part in an upcoming Marvel website video. After all, she does star in an ABC show, and ABC is owned by Marvel’s parent company Disney.

As we suspected, Marvel Entertainment has clarified that Eden Sher's visit was related to an interview to promote tonight's season finale of ABC's The Middle.