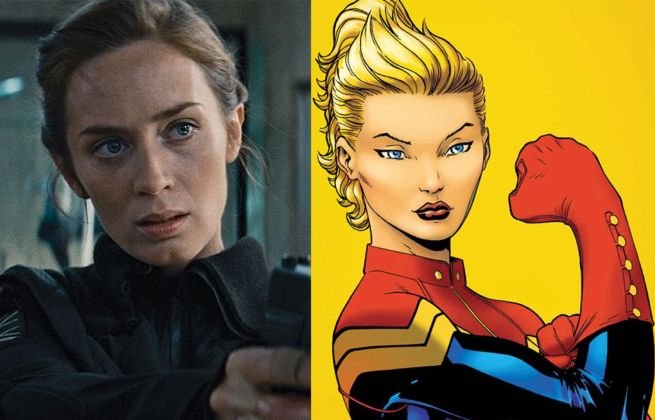 Could the role of a Marvel super heroine be in Emily Blunt’s future?

While promoting her new fantasy film, Into The Woods, the actress discussed with Collider the fan response of wanting to see her cast as Captain Marvel.

“It’s funny ‘cause I’m hearing this Captain Marvel thing from a lot of people,” Blunt said. “I have no official offer, whatsoever. No one’s called. I don’t know where the hell it’s come from, in all honesty. For me, I just think that the part has gotta be awesome. I just want to play great parts, and it’s sometimes hard to find within those big superhero movies. The female parts are not usually great, but recently, they’ve been better. I don’t know. It has to be the right thing.”

The Into The Woods star is no stranger to the world of sci-fi and fantasy. Her other credits include The Adjustment Bureau, Looper and this summer’s Edge of Tomorrow.

Into The Woods opens in theaters on Christmas Day.