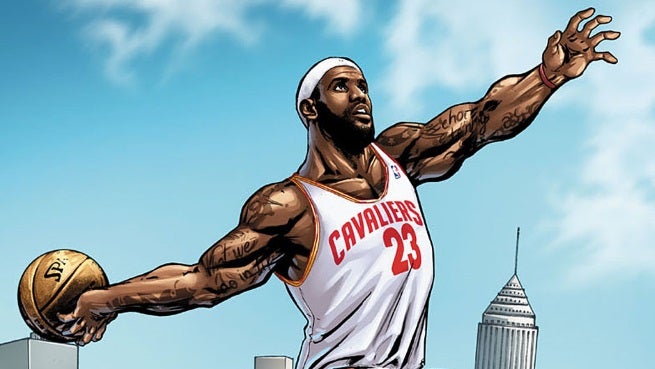 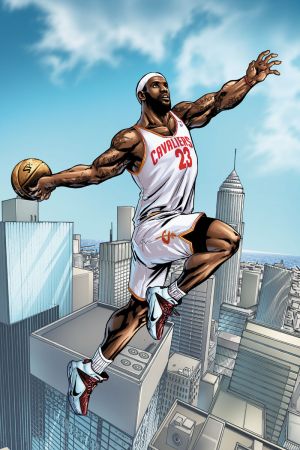 arvel Comics is teaming with ESPN The Magazine for a special cover to commemorate Lebron James' return to the Cleveland Cavaliers (via Marvel.com).

The cover is a follow-up to a previous cover collaboration that marked James' departure from the Cavaliers in 2010 by creating an homage to the classic "Spider-Man No More!" cover.

"Since we are all part of 'Team Disney,' Marvel and ESPN have been working closely over the past few years on a number of projects," Marvel Custom Solutions Creative Director Bill Rosemann explains. "We've created everything from single pin-ups to full comics together. They reach out, we discuss the overall goals of the assignment, we brainstorm talent, they share references and—BAM!—cool, sports-related art for ESPN and Marvel fans alike is born." 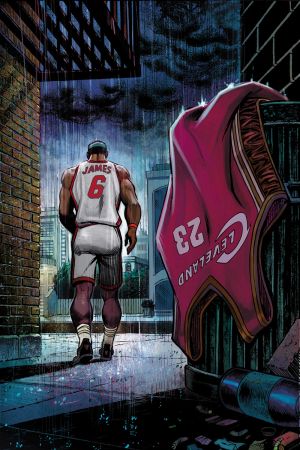 "We had LeBron leaving Cleveland in a rather spectacular fashion, and, in fairness, the return was just as incredible for Cavs fans," says ESPN The Magazine Deputy Editor Otto Strong. "The most recent image gave us an opportunity to close the loop on LeBron's time away."

"Otto suggested starting with the cover art from AMAZING SPIDER-MAN #1, an image that would echo Peter Parker's big return," recalls Rosemann. "Then [artist] Miguel [Sepulveda] tried some different positions to echo the one-handed dunk pose that LeBron is known around the world for breaking out as he sails to the rim."

This latest issue of ESPN The Magazine is on sale now.