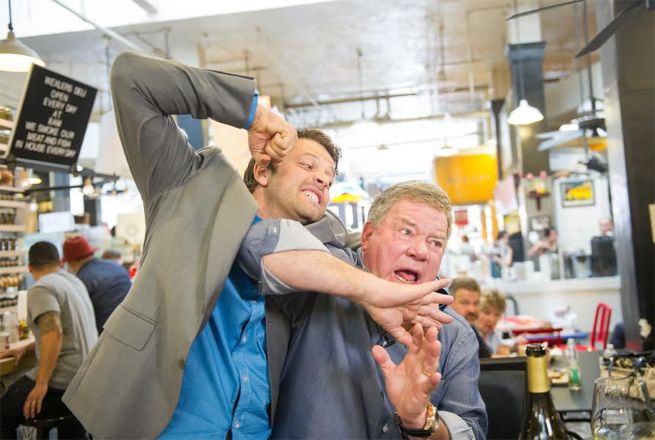 On a new episode of Brown Bag Wine Tasting, William Shatner talks with actor Misha Collins, who is best known for playing the angel Castiel on the CW television series Supernatural.

In an exclusive clip provided to Comicbook.com by Ora TV, Shatner challenged Collins to describe who he is in seven words. Collins says, "I'm an actor, entertainer, and a person interested in rooting out the insidious forces of normalcy in the world. That was way more than seven. "