Yesterday morning, ComicBook.com was lucky enough to get an interview with Stan "The Man" Lee at the  opening of the Avengers S.T.A.T.I.O.N. in Times Square. It was a brief, on-camera (you can see some video below) talk but he gave us some excellent wisdom on what it means to be a writer, some funny moments about why X-Men did so well at the box office and how he still geeks out. You can check it out below -- and tomorrow we'll have an exclusive photo tour of the new attraction in Times Square lets you become an Avenger - the Avengers S.T.A.T.I.O.N. Lee also shared a few thoughts with us on X-Men: Days of Future Past and the which DC Comics character he'd like to write. 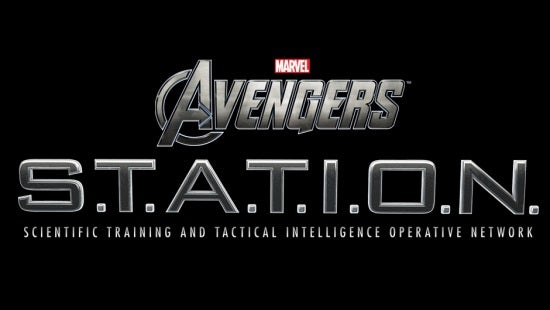 n leeComicBook.com: Have you had a chance to see the exhibit yet? Stan Lee: Well, due to these interviews, I've only had a chance to see a couple of things, which are absolutely incredible. ComicBook.com: Is there anything in particular you've been impressed with? Lee: Everything! You take the Hulk -- all I did was come up with a gree monster and that was it. But now I see the scientific basis behind The Hulk. I never knew I was such a scientific person! ComicBook.com: At this point in your life, have you seen it all? Or are you like the rest of us, and standing three feet from an Iron Man suit makes you geek out a little? Lee: I am exactly like the rest of you and one thing I think is when young kids come to see this exhibit, they're going to want to grow up to be scientists. That's the fascinating thing; I never knew I was such a great scientist! ComicBook.com: When you were writing comics, did you ever think of that? Lee: Never! I was never thinking of science. I remember with The Hulk for example, I had loved the Frankenstein movie with Boris Karloff and I always felt the monster was really a good guy but all those idiots with torches were chasing him down the hills. So I thought it would be fun to have a monster who's a good guy. So I said, "Okay, I'll get a guy, he's clobbered with gamma rays and he becomes a monster," that was it. Then I thought it might be kind of dull writing about a monster page after page...and I remembered Dr. Jekyll and Mr. Hyde. And I thought, "What if he turns into a normal guy and into a monster? That would be fun." So I did that -- and that was a much scientific thought as I put into it but now I find out that there is so much science behind the Hulk and there is so much that I wasn't aware of. I want to go back and start reading the Hulk all over again and get all of these scientific facts. ComicBook.com: Now you have these Academy Award-winning stars playing characters you've created, whereas it wasn't always the cream of the crop, let's say. How do you feel having these amazing actors play your characters? Lee: The reason I'm such a good interviewee is the answers that I give: I think it's nice! [laughs] No, it's wonderful! You get someone like Robert Downey, Jr. being Iron Man -- and he is Iron Man, nobody can play that role like him. And all the actors have been so great and the characters come alive on the screen and then with an exhibit like this, you walk in and you say, "Oh, so that's how Iron Man does it. That's how the costume works and the armor works." Me as much as any fan. I'm learning all about it, too. ComicBook.com: You've got all of these big movies coming out now from different studios. Which world that you've created do you think is the closest to what you've originally envisioned? Lee: Well, they're all close to what I envisioned because when I would come up with the idea, I would tell the artist who was going to draw it what I wanted, and he would make the sketches. And I would say, "No, not that one, that one, this is the one I want!" So they all turned out to be the way I had envisioned them and that was lucky for me. It was easier for me to write them when I knew what they looked like and I liked what they looked like, you know? ComicBook.com: You created Spider-Man when you were forty years old. What advice do you have for other artists who haven't broken in yet as they age? Lee: Don't give up. You never know when you're going to make it so don't stop trying. The main thing is, work on something you're good at. Everybody knows what they're good at. Don't try to do something you're not good at because that's too difficult. Find out what you do best and what you enjoy doing the most and stick to that. Hopefully you might get lucky.

Exclusive: Stan Lee on Bringing Kids to Science, Origins of The Hulk and More