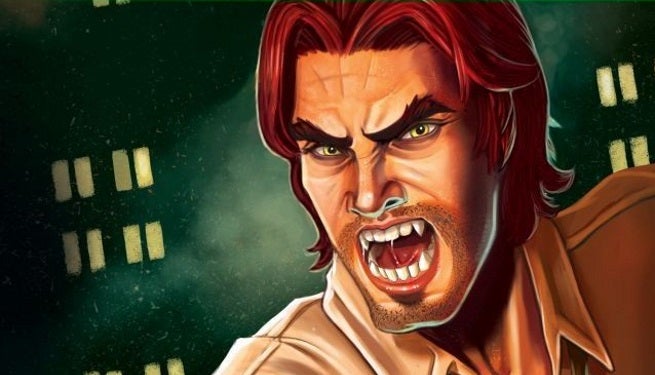 Today, Vertigo Comics launched it's first digital first comic book series, Fables: The Wolf Among Us, and adaptation of Telltale's Fables episodic videogame, The Wolf Among Us. The series is written by Matthew Sturges (Jack of Fables) and Dave Justus (House of Mystery), and features the art of Steve Sadowski (Fairest), Travis Moore (JSA All-Stars), and Shawn McManus (Fables, Fairest). Chrissie Zullo (Fairest: In All the Land) provides covers.

As in the game, the story is a prequel to the core Fables comic books series, and follows Sheriff Bigby as he investigates a murder in Fabletown. The new story also features Snow White, Mister Toad and the Woodsman, as well as several new characters from the video game.

"It has been a thrill to spend time in the Fables world again," stated Sturges. "We've used Fables: The Wolf Among Us as an opportunity to really dive into some of the nuance of Bill's world that he never got a chance to explore, and that the video game uncovered. Writing in the digital-first format has allowed us do things that we could never do in a print-only title."

"In true Fables style, we've taken the story you know, added all sorts of pieces you had no idea about, and shaken the contents violently just before handing it to you to open, right in your face," added Justus. "It has been an honor to be part of Vertigo's debut Digital First series."

Fables: The Wolf Among Us will be released on Wednesdays, beginning today, via the DC Comics App, Readdcentertainment.com, comiXology.com, Google Play, Kindle Store, Nook Store, iBooks, and iVerse ComicsPLUS. Monthly print issues of the series will follow, containing three digital chapters each, with the first arriving in stores January 14, 2015.

Fables: The Wolf Among Us Digital First Series Launches