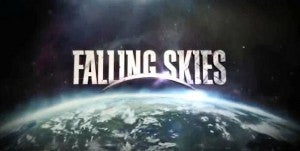 With the two-hour premiere of the second season of TNT's Falling Skies coming up tonight, it seemed as good a time as any to look at some of the questions left over from last year. Be aware that, because of the nature of this story, spoilers are ON and you should stop reading if you haven't seen the first season yet. The series began as a pretty standard alien-invasion plot wherein the invading force was a group of insectoid creatures referred to in-story as "Skitters." As the season wore on, there were a number of revelations about that species and their plans which raised as many questions for the viewers as they did for the characters in the show. Below, we've assembled a few of the ones that have been bugging us: How long have the Skitters been subjugated? Up until now, it's seemed as though there is essentially a never-ending supply of Skitters to attack and subjugate humanity--but the revelation in last season's eleventh hour that they're as helpless as we are, and are being controlled the same way our own child slaves are, raises a number of questions. 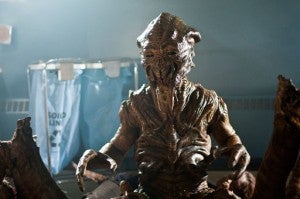 First off, how long has this race been subjugated to the Overlords? Given that they've only taken children so far, is it safe to assume that the combatants humanity has been dealing with are either human children who have already been fully turned, or at least the children of another race that doesn't actually resemble the Skitters at all? And whether this is their "true form" or not, is there another alien world out there where the survivors are just as angry as our heroes about what's happened to their children and their planet? If so, might we see them at some point in the series? What were the Skitters before they were conquered? The Two-legged mechs suggest they could be bipedal, something that's been raising eyebrows since it was first brought up. The Skitters themselves appear to have been mind-controlled using the same harnesses that turn humans into Skitters. Add it up and you seem to be left with a serious question about what exactly they were to start with. As mentioned above, it's entirely possible that they're either human, or a third race as-yet-unseen, who have simply already been fully "turned." While we're at it, why are the harnesses inside the Skitters and outside our children? Is it a matter of physiology and the harness attaching to the most convenient place, or is it possible the Skitters' exoskeleton eventually grows out around the harness? What do the Overlords want? This is, of course, arguably the driving question behind season two and will likely tie in closely with the next question. It's still unclear exactly what the Overlords' agenda is, in no small part because they have spent so much of their time hiding away from view and the Skitters have spent so much of their time in battle with humanity. As yet, at least in this locale, they haven't gotten enough of Earth clear to realliy start doing whatever it is they came here to do. 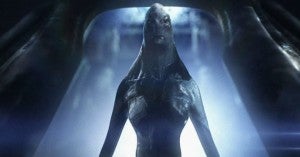 Of course, now that we've figured out how to communicate with them, tonight's premiere could (and should!) provide a good deal of insight into what all of this is about to begin with. But since it's fun to theorize, what do you think they could want? If it's simple dominion over the planet, it seems as though they should have killed everyone when they had a chance instead of leaving so many people alive who could build a resistance movement. What do the Overlords want to talk about? So apparently this hasn't been as easy as they expected it to be or hoped it would be. But now they want a conversation and they're offering a cure for some of the infected children in order to gain an audience with Tom? That aspect of the finale was vexing and the way that Tom just went right away is a little infuriating, even if it makes sense from a story perspective because everything he's done all series long has been designed to get Ben back. Why force the Skitters to kill people just to use humans as slaves, instead of using the already-available pool of slave labor? This one seems key to ultimately defeating the Overlords, and/or reclaiming the free will of the Skitters so that they can be our allies. Why would they need to take humans as well as the Skitters? I'm guessing they don't have the number of Skitters we'd once predicted, and that they need those transformed kids in order to feed the next wave of their army. Of course, that could mean that Tom is walking right into a trap, since whatever else they say it doesn't seem as though the Overlords would willingly hand over anything that might stop them building their army.