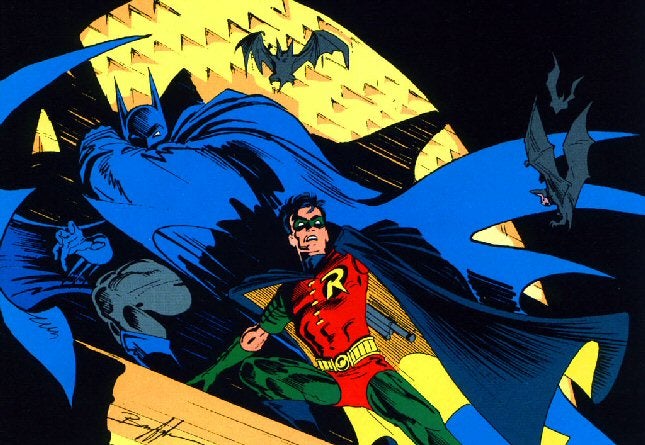 A YouCaring account has been established to aid the family of famed Batman artist Norm Breyfogle, who suffered a debilitating stroke and has burned through his savings in the Intensive Care Unit.

As noted in the comments, the "Donate Now" button was leading to a dead page for a while, and before that pointing to another campaign for some reason. It's since been fixed, but if you get some kind of error (or are just worried about it), you can try this direct link instead. From the comments thread, it looks like Paypal donations will appear as Organic Heirloom Plants, a company apparently operated by Breyfogle's brother, who set up the donation page.

The site says that Breyfogle "has a long road to recovery ahead with extended therapy and has no insurance," noting that the stroke has resulted in paralysis of his left side, meaning that the left-handed artist also has no immediate means of getting work to help offset his medical bills.

Saying that Breyfogle needs months of nursing home care and intensive therapy in the hopes of regaining the ability to draw or even walk, the site asks fans to donate what they can to the effort, which is aiming to raise $200,000 to cover costs associated with the stroke.

As of this writing, $26,000 has been raised, including around $20,000 in the last 18 hours. According to Breyfogle's sister-in-law Wendy Wiegert, the nursing home is demanding $10,000 per month for the duration of his stay, and that they anticipate all of that will have to come out of pocket until and unless Breyfogle qualifies for Medicaid, which is expected to take around six months.

American comic books are generally written and drawn by freelancers rather than in-house employees, meaning that even the more successful creators in comics sometimes don't have insurance. Bill Mantlo, creator of Rocket Raccoon, has been in a long-term care facility for more than twenty years, since he was struck by a hit-and-run driver in 1992, and has become one of the biggest poster children for this phenomenon. The Hero Initiative, a nonprofit organization dedicated to helping provide for creators who have hit hard times, has reached out to Breyfogle's family, according to their Twitter account.