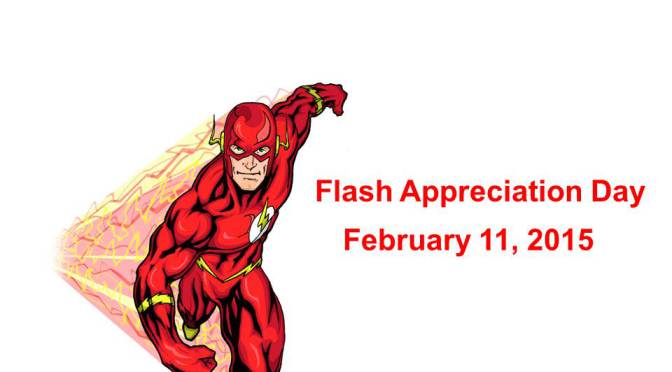 The Nothing But Comics podcast last night launched a petition to the White House to get February 11, 2015 recognized as "Flash Appreciation Day" in recognition of the 75th anniversary of the first character of the popular DC Comics character and the ongoing contributions of The Flash to popular culture.

"In discussing how to proceed with this goal, we learned that some Flash fans choose to celebrate 'Flash Appreciation Day' on February 11th of each year," the podcast noted on its blog. "This celebration is inspired by the animated Justice League Unlimited episode 'Flash and Substance,' which aired on February 11, 2006. In the episode, the citizens of Central City honor the Flash for his good deeds. For the Flash's 75th anniversary, we thought it would be great if we could get symbolic recognition of this unofficial Flash celebration from the U.S. head of state, and submitted our petition."

Fans who want to sign the petition can do so at the President's We The People website. The full text of the petition itself is included below.

DC Comics superhero the Flash debuted in Flash Comics #1 (January 1940). The character's legacy is impressive, and the hero's adventures continue today in comics and on television. The Flash uses his powers of super-speed in the cause of justice, and has provided positive inspiration to his many fans for the past 75 years.

We, the fans of the Flash, ask the President of the United States to declare February 11, 2015 "Flash Appreciation Day" in order to honor the character's inspirational example and values.

Fans Petition The White House For a Flash Appreciation Day