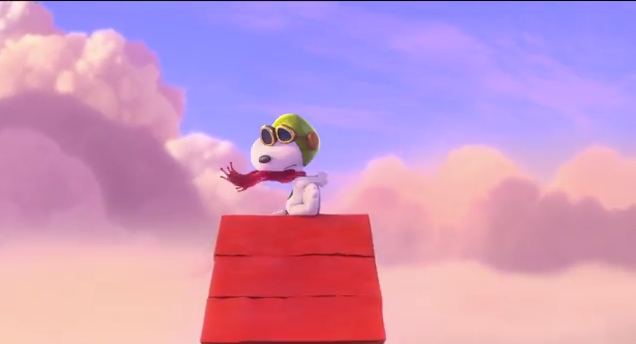 The first official trailer for The Peanuts Movie has been released online, giving viewers their longest look yet at the upcoming Charlie Brown film.

In the trailer, Snoopy once again takes flight as the Flying Ace, a World War I-era fighter pilot. Of course, dreams don't always line up with reality for Charlie Brown's celebrated pet dog. But as the trailer notes, that shouldn't stop him from dreaming big.

The Peanuts Movie will bring Charlie Brown, Snoopy, Woodstock, and Charles Schulz's other classic creations to the world of computer generated animation. The characters are popularly known as 2D cartoon characters, appearing in comic strips and several animated specials.