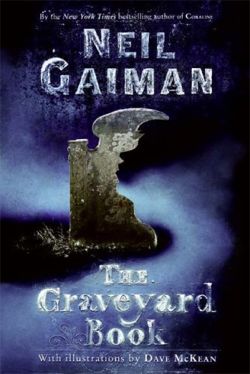 While he didn't win for his work in the comics, Neil Gaiman's prestigious John Newbery award gave the industry a boost of long deserved credibility. On January 26th, the American Library Association awarded Neil Gaiman's The Graveyard Book as the recipent of the 2009 Newbery Medal for the most outstanding children's book. This is something that never would have happened 50 years ago. In the 1950's, parents, churches, and other social groups blackballed comic books, staging protests and forcing kids to burn their comic books. This resulted in anyone who worked in the industry having either to work in anonymity or face public scrutiny. Many of those who worked in comics at that time did so because it paid much better than the more respected field of children's literature. But should someone with a work history in comics have a desire to write a childrens book, libraries and book publishers would have either vetoed the project or protested its release and forbid it a place on their shelves. This history makes Gaiman's victory so very ironic. Neil Gaiman has made a name for himself writing such classic comic and graphical novel titles as Sandman, Black Orchid and Death: The High Cost of Living. His works focus on supernatural beings, who deal with their own immortality and morality while battling demons, murderers, the undead, sex offenders, and things too disgusting to print for an all-ages website. These also happen to be the subjects in comics that caused schools, churches, and libraries to ban comic books and those who created them in the 1950s. It seems the late William Gaines, creator of Mad Magazine and a leading defender of comics during the scare of the 1950s, was right when he claimed that comic books help introduce children to the joys of reading. Comics and graphic novels are now considered high culture, thanks in part to Alan Moore's Watchmen and Gaiman's work on the Sandman series. In the past 10 years, libraries have realized this and begun to carry comics and graphic novels on their shelves. According to librarians at the Orange County Public Library in Hillsborough, NC, graphic novels are the third most requested titles, behind mysteries and cook books. Libraries are even attending comic book conventions trying to advertise their graphic novel collections to attendees and entice new members. And now, with Gaiman's book being honored by the American Library Association, the glass ceiling has been cracked for a graphic novel to win the Newbery Award. How long will it take is anybody's guess.