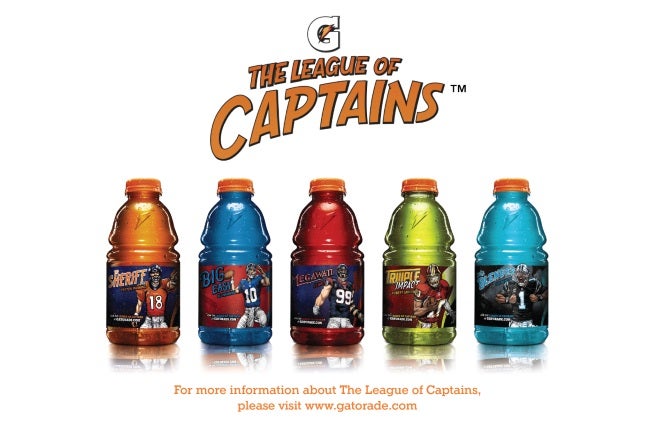 Following up on their previous announcement of new digital comics and packaging featuring NFL players as "The League of Captains," Gatorade has released several new videos featuring the NFL players as drawn by DC Comics artists.

"Big Talk" featuring Peyton Manning and Cam Newton as The Sheriff and The Blender.