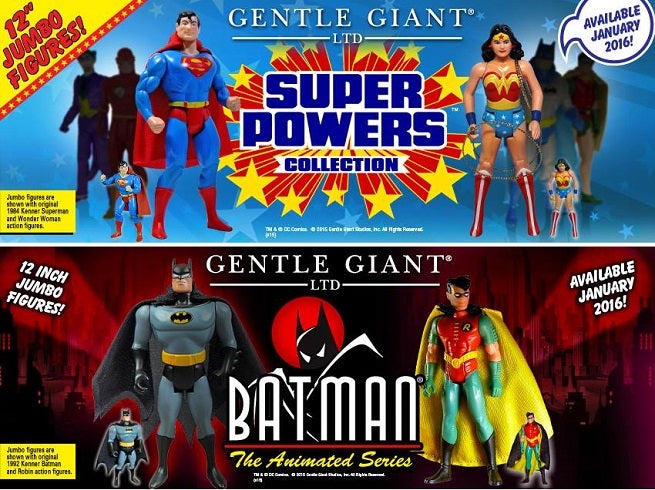 Gentle Giant announced this week that both the classic DC Comics Super Powers line of action figures and a line based on Batman: The Animated Series are coming to their 12" collectibles line over the next year.

Each figure will come with a cloth, detachable cape and stands 12" tall. Wonder Woman comes with her golden lasso. It's unclear whether the Super Powers toys will feature a version of their original movements.

Gentle Giant also recently announced that they would be remaking Marvel's Secret Wars line of toys to coincide with the release of the new Secret Wars.