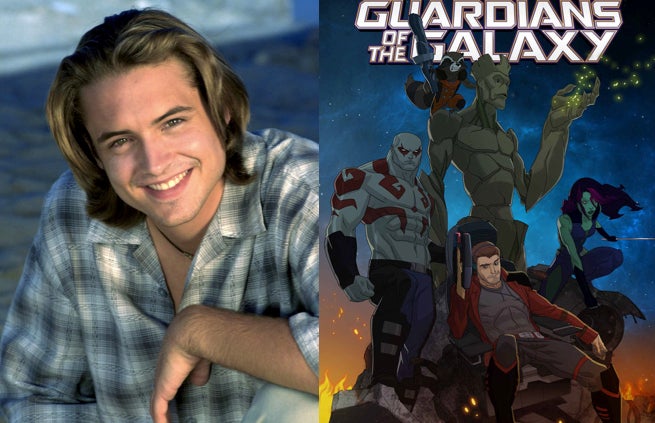 Will Friedle has already met the world, but now he's going to meet the entire Galaxy.

Marvel Animation has officially cast the Boy Meets World actor as Star-Lord for their upcoming Guardians of the Galaxy Animated Series. Though known by most for his turn as Eric Matthews on the classic ABC television show, Friedle also has an extensive voice casting resume.

Most comic book fans will recognize Friedle's voice as Batman Beyond's. Friedle has voiced Batman Beyond and alter ego Terry McGinnis for every show and feature that the character has appeared in. Friedle's other comic book work includes Teen Titans (Fang), The Batman (Gear Head), Batman: The Brave and The Bold (Blue Beetle/Jaime Reyes), and Ultimate Spider-Man (Deadpool).