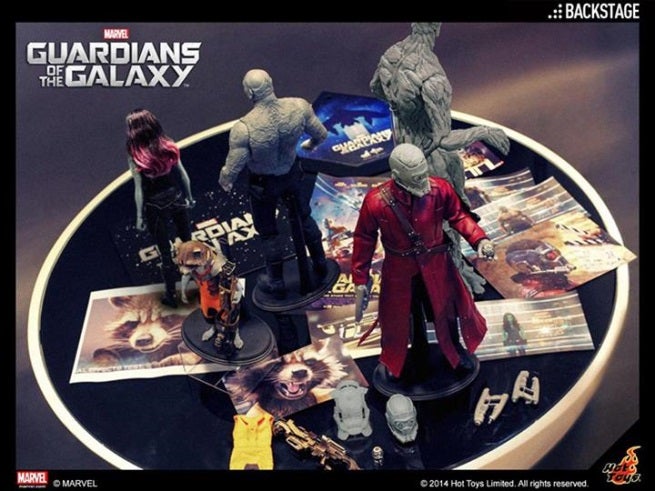 Following last night's new television spot that aired during the NBA Finals, Hot Toys has released a sneak peak at their line of currently in-development Guardians of the Galaxy collectible toys.

Seen in the photo are action figures of Star-Lord, Rocket Raccoon, Groot, Gamora, and Drax. Several accessories can be seen in the foreground as well, including Star-Lord's mask and guns.

No release date for the figures has been announced just yet. Guardians of the Galaxy will come to theaters August 1.

Guardians Of The Galaxy From Hot Toys Revealed