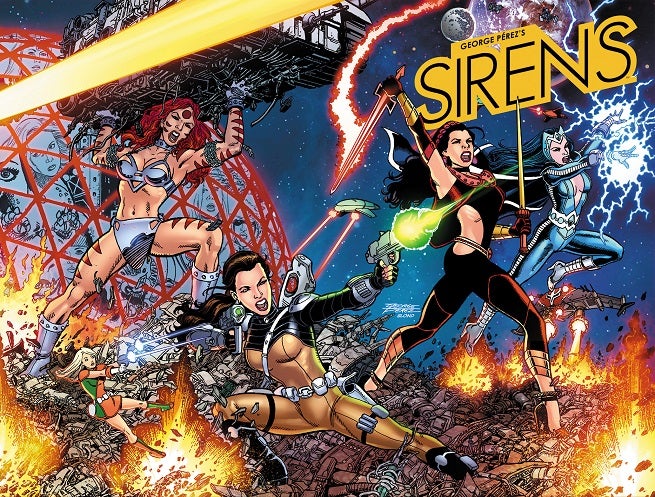 BOOM! Studios have released their solicitations for comics shipping in September, and new titles by star Guardians of the Galaxy writer Dan Abnett and Crisis on Infinite Earths artist George Perez are in the offing.

You can check out the covers and solicitation text below. 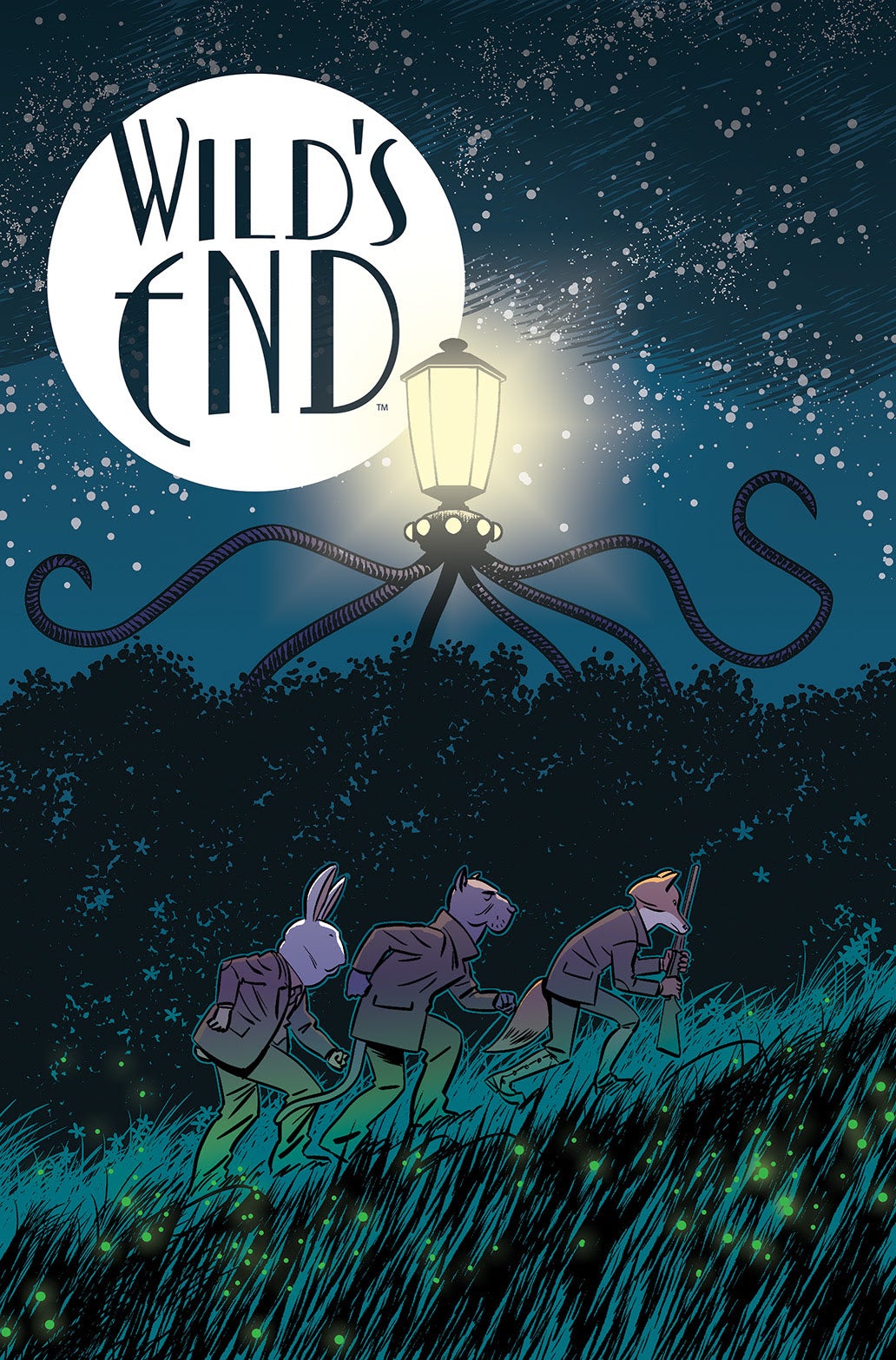 Retail Price: $3.99
Author:  Dan Abnett
Artist: I.N.J. Culbard
Cover Artists: A: I.N.J. Culbard B: David Petersen (Incentive)
WHY WE LOVE IT: We love smart takes on classic science-fiction mythos and who better to take advantage of the iconography of H.G. Wells and War of the Worlds than Dan Abnett, one of comics’ most renowned sci-fi writers and one of creators responsible for the groundbreaking run on Guardians of the Galaxy that inspired the upcoming Marvel movie. Paired with I.N.J. Culbard, who has made a name for himself with the critically acclaimed adaptation of  H.P. Lovecraft’s At the Mountains of Madness, it’s a team perfectly built for the visually impactful adventure stories readers love.
WHY YOU’LL LOVE IT: Inspired by the sci-fi aesthetic of War of the Worlds and the anthropomorphic characters of Blacksad and Mouse Guard, readers will be blown away by Culbard’s art while fans of Edgar Wright and Simon Pegg’s Cornetto Trilogy (Shaun of the Dead, Hot Fuzz, World's End) will fall in love with Clive, Peter, and Gilbert as they try to survive an alien invasion.
WHAT IT’S ABOUT: When a rural English community of the 1930s is the victim of an alien invasion, the residents’ lives are upended by the harsh realities of life-and-death violence. Led by the town’s outsider and retired war veteran, they will have to rally together to uncover the secret of their invaders and ultimately fight back. 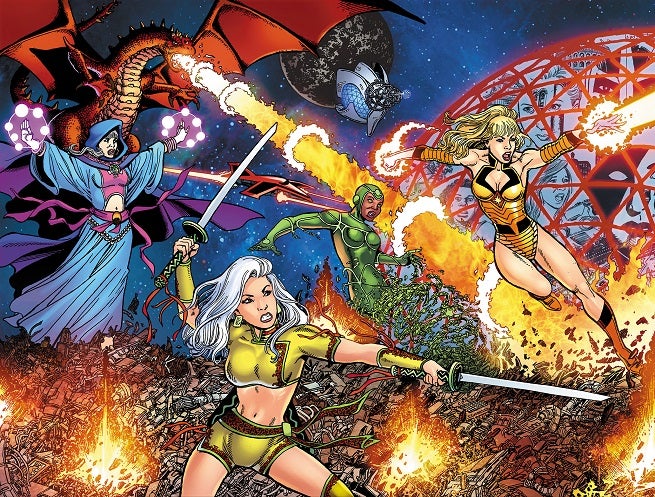 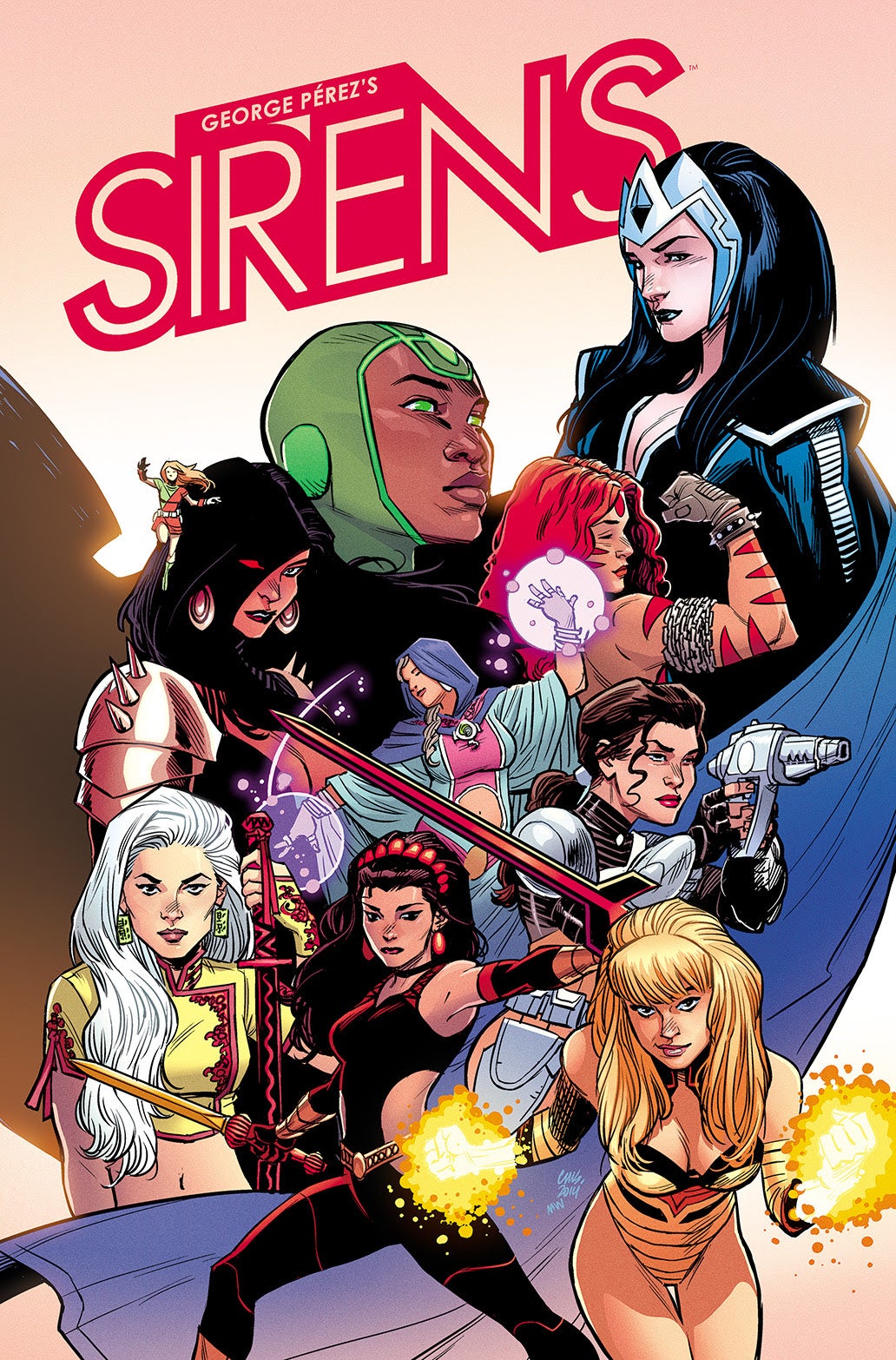 WHY YOU’LL LOVE IT: It’s a sci-fi adventure story that spans time and space, featuring a team of female heroes that kick butt across the universe. If you like strong female sci-fi characters like Battlestar Galactica’s Starbuck, Star Wars’ Princess Leia, and Alien’s Ripley, you’ll find nine reasons to love GEORGE PÉREZ’S SIRENS!
WHAT IT’S ABOUT: As an intergalactic force enslaves planets across the galaxy, the legendary team known only as the Sirens must reunite to save it—but is that even possible when the Sirens themselves don’t even remember who they are? And the rest of the universe only remembers them as…villains? A six-issue, bi-monthly miniseries featuring your new favorite comic book team, written and drawn by the master himself, George Pérez (Wonder Woman, JLA Vs. Avengers) begins his greatest story yet.

Also available in Spetember from BOOM!'s Archaia imprint will be Jim Henson's The Storyteller's latest series, Witches, a four-issue miniseries from S.M. Vidaurri. You can check out the solicitation text and covers for that below. 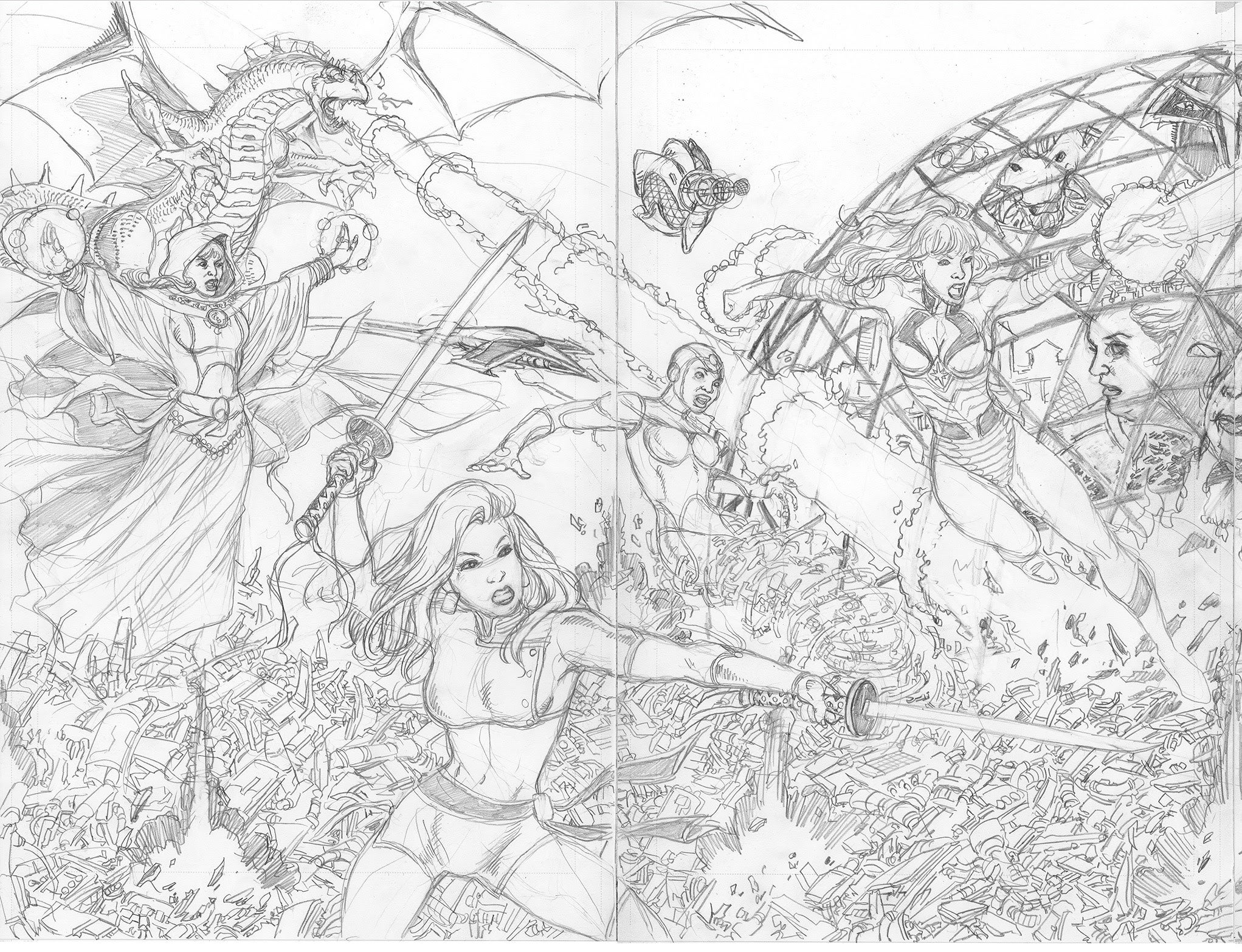 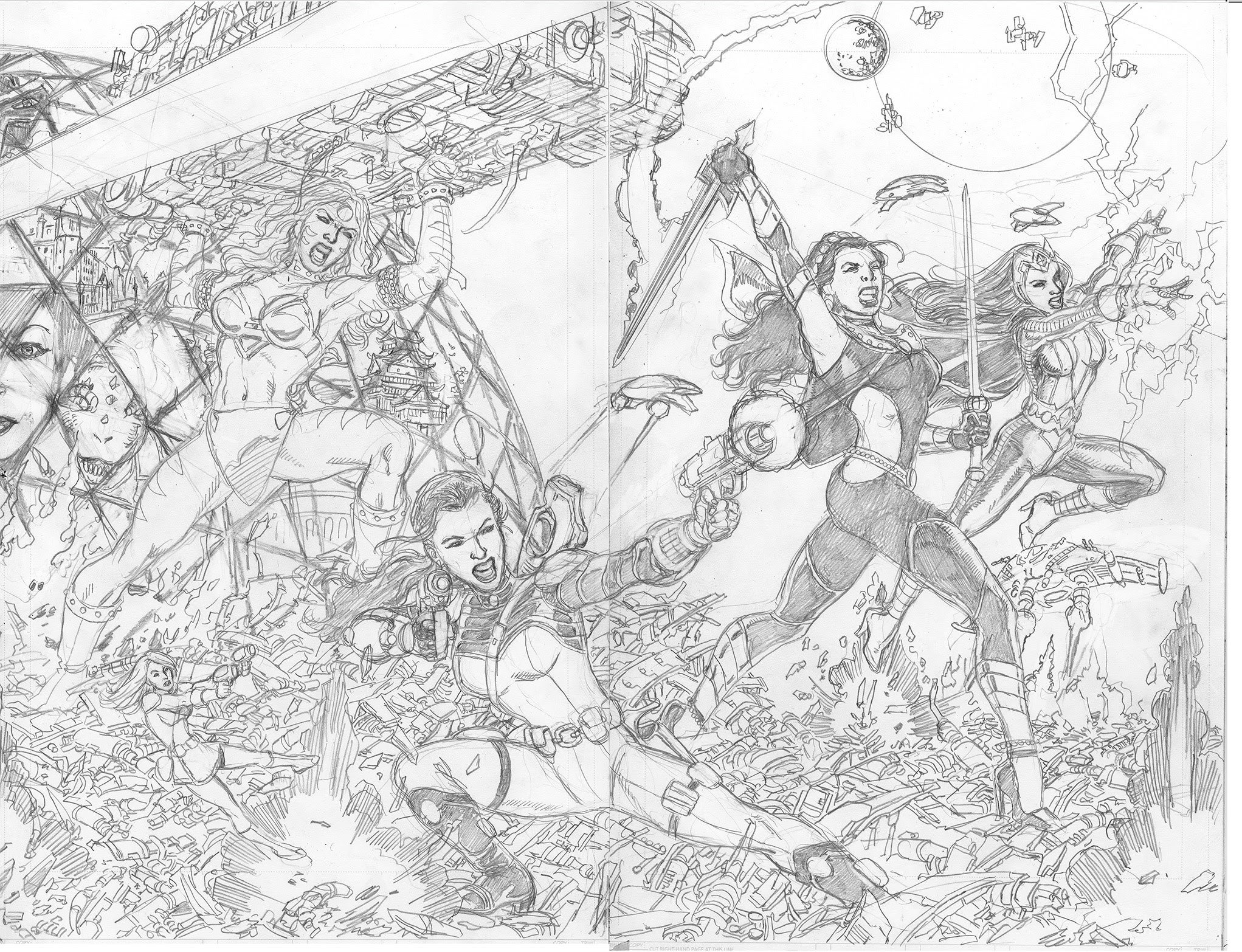 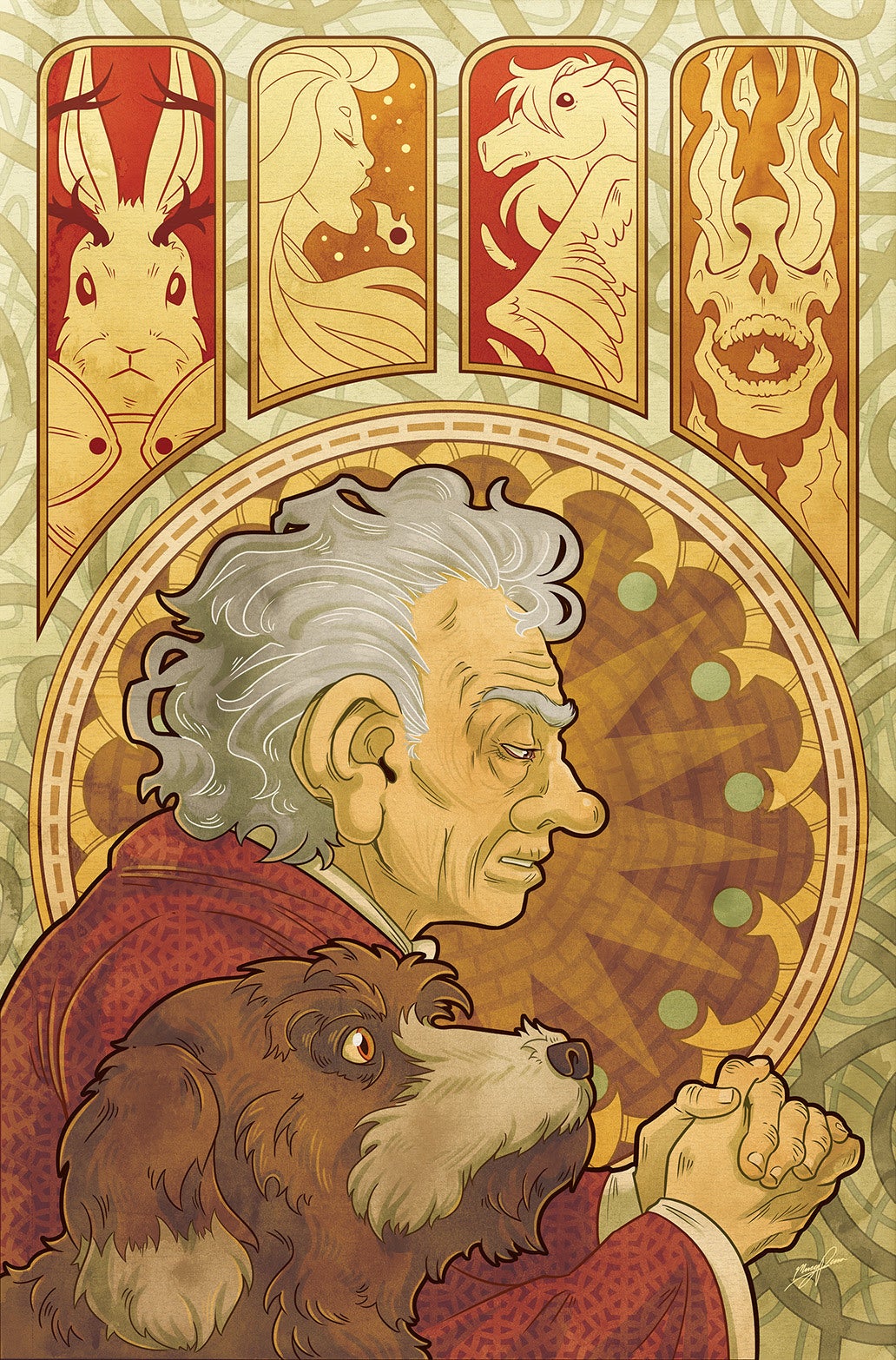 JIM HENSON’S THE STORYTELLER: WITCHES #1 (of 4)
Retail Price: $3.99
Author: S.M. Vidaurri
Artist: S.M. Vidaurri
Cover Artists: A: S.M. Vidaurri B: Missy Pena (Incentive)
WHY WE LOVE IT: Jim Henson’s The Storyteller is a beloved celebration of fairy tales and folklore. After releasing a critically acclaimed graphic novel we’re thrilled to bring the property’s magic to single issues. In the spirit of Henson’s inventive imagination, this series dives into the mythology of witches and witchcraft through the ages with an incredible blend of art styles and storytelling techniques, taking full advantage of the comics medium.
WHY YOU’LL LOVE IT: Four, anthology-style one-shots explore classic witch stories and fairy tales from all over the world, each told by a different creator with a breathtaking style and original voice. It’s tales of magic and wonder as only these storytellers could imagine them.
WHAT IT’S ABOUT: S.M. Vidaurri, writer and watercolor illustrator of the  award-winning graphic novel IRON: OR, THE WAR AFTER, unfolds the stunning tale of “The Magic Swan Goose & the Lord of the Forest.” When her brother is kidnapped by a witch, a young princess must venture into the mysterious forest beyond the castle. There, the Lord of the Forest, an armor-clad spirit who watches over the wilderness, comes to her aid, but the princess must rely on her wits to discover who she can trust before her family is cursed forever. 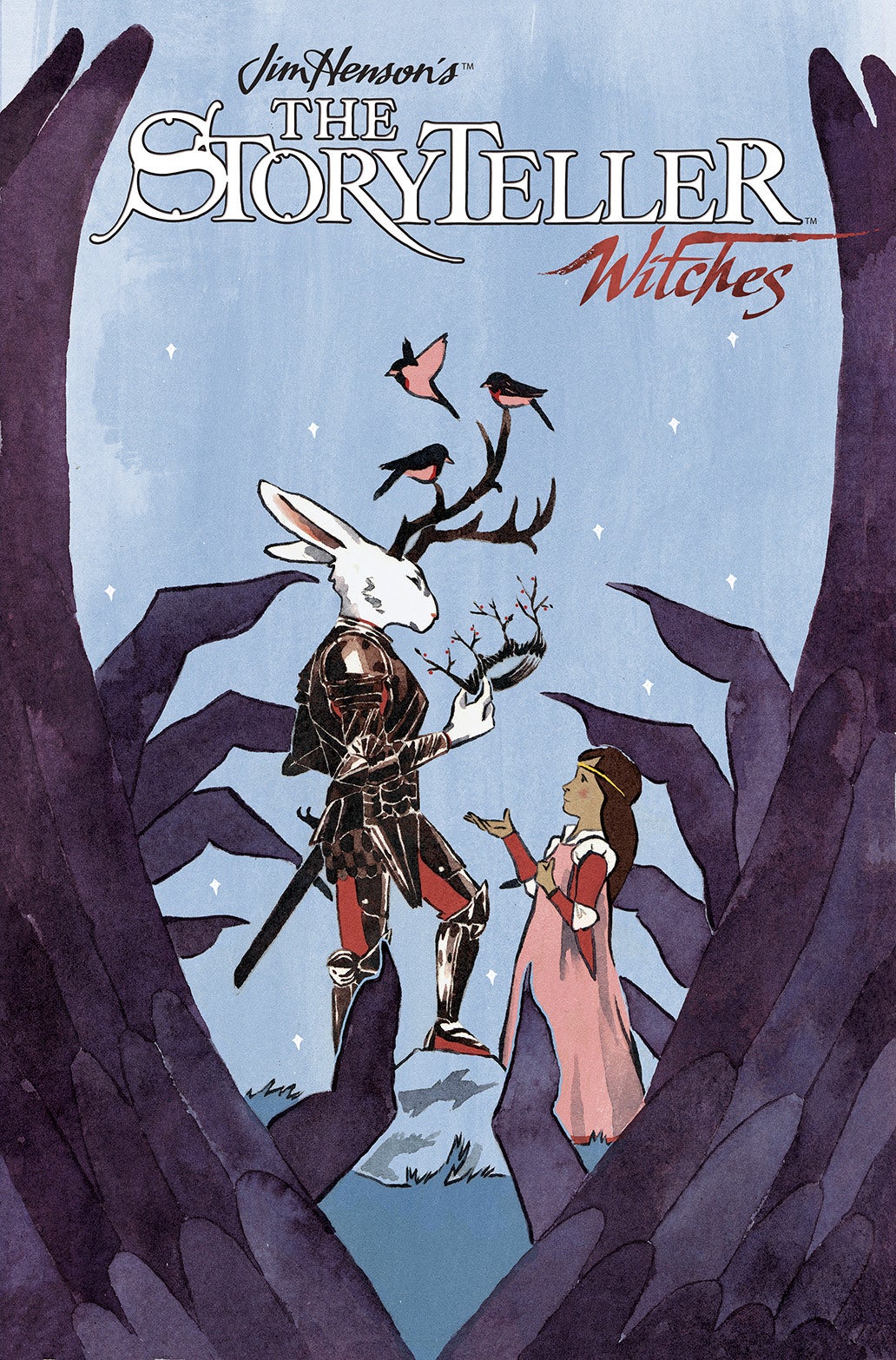