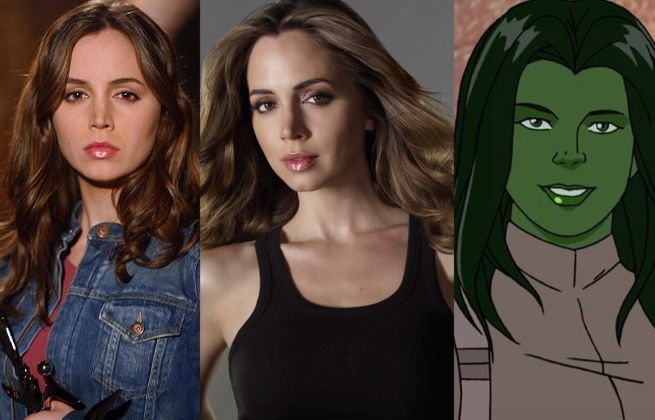 Eliza Dushku is an American actress, who is known for starring in several science fiction, fantasy, and horror TV shows.

One of Dushku's most famous roles was playing Faith in Buffy the Vampire Slayer and in the spinoff series Angel. Dushku is also known for playing Tru Davies in Tru Calling, Echo in Dollhouse, and June Pepper in Leap Year.

Dushku has also worked as a voice actress in a number of animated series. Dushku is the voice of She-Hulk in Hulk and the Agents of S.M.A.S.H., and she was also the voice of Selina Kyle in Batman: Year One and DC Showcase: Catwoman.

In addition to her TV work, Dushku has also appeared in such movies as Bring It On, True Lies, Wrong Turn, and Jay and Silent Bob Strike Back.