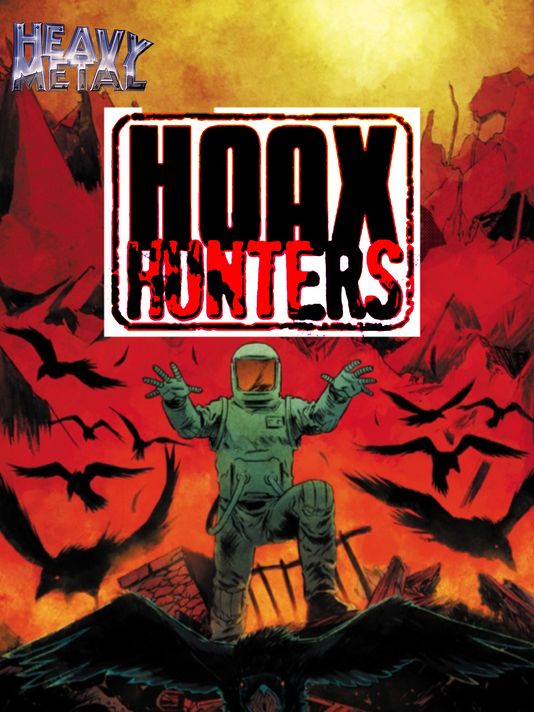 The comic industry is about to get a lot more metal.

The fantasy magazine "Heavy Metal" is finally breaking into the comic book publishing scene with its very own line of comics, USA Today announced. Their debut comic, which launches this winter, is a new volume of "Hoax Hunters."

"Hoax Hunters" is a supernatural title following a group of paranormal investigators who look for myths to bust or urban legends to uncover. The title was originally published by Image Comics, but will now make Heavy Metal its home.

"The move to Heavy Metal was both artistic and strategic," co-writer Michael Moreci told the newspaper. "Heavy Metal is getting behind us on developing the brand and really pushing to get it out there on all fronts.

Heavy Metal plans to extend their support for "Hoax Hunters" well beyond comics. The publisher has movie deals, merchandising, and other publishing venues forecasted for the once-indepedent comic series. The company also plans to unroll a self-publishing platform for other small-time and independent comic creators.

"Heavy Metal is a perfect home for us," Steve Seeley, Hoax Hunters' other co-writer, told USA Today. "The art and writing of Hoax Hunters fits seamlessly into the Heavy Metal aesthetic so it has been a very easy and exciting transition."