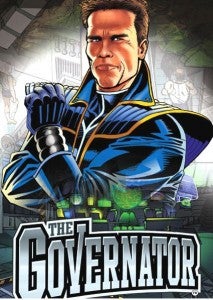 While the revelation of adultery certainly won't put an end to Arnold Schwarzenegger's entertainment career, there is usually a certain amount of laying low that occurs with a celebrity after a controversial event. It's possible that any cartoon, movie, or comic book plans could be pushed back to allow the public more time to forget and forgive.

Also, while Arnold Schwarzenegger appearing in a movie aimed at adults might not be a big deal, the idea of a comic book series and cartoon could create a backlash. While many cartoons and comic books target older audiences, the mainstream perception is that cartoons and comic books are for children, so it could be a hot topic in the media. On The Governator Facebook fan page, there is already quite a bit of outcry both against and in support of Schwarzenegger.

How Will Arnold Schwarzenegger's Infidelity Affect The Governator Comic Book?