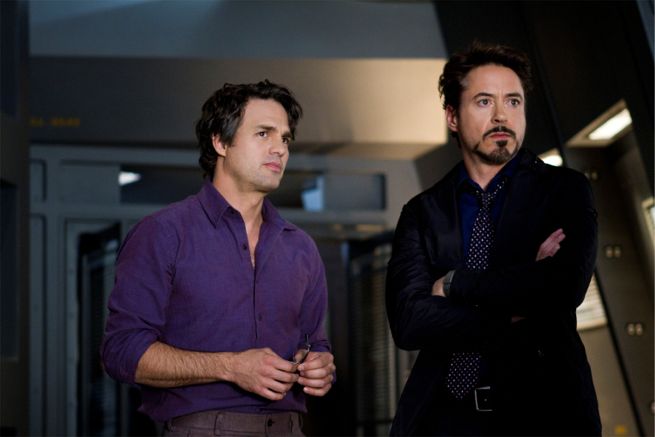 While Marvel Studios has yet to officially announced a new Hulk solo movie, it seems that the possibility is stronger than ever, thanks to the incredible performance by Mark Ruffalo as Bruce Banner in The Avengers.

In an interview with Digital Spy, Mark Ruffalo had the following to say about the possibility of another Hulk solo movie.

I think they are, for the first time, sort of entertaining the idea of it. When we did The Avengers 1 it was basically 'No!', and now I think there is some consideration for it. But there's still nothing definitive, not even a skeletal version of what it would be. I look forward to going down that road, if we could crack the nut. It's a tough…I think the Banner/Hulk storyline is obviously not an easy nut to crack.

Ruffalo also threw out another possibility of where Hulk could pop up outside of the Avengers movies. Iron Man 3 ended with an after the credits scene involving both Bruce Banner and Tony Stark, which could be a good lead-in for Ruffalo to appear in Iron Man 4.

"If they do Iron Man 4 and Banner is in that, that would be very cool," added Ruffalo.

With Warner Brothers currently working on a Batman and Superman movie and recent reports suggesting a Flash and Green Lantern movie is also in the works, how long will it be before Marvel goes the superhero team-up route? Wouldn't Iron Man and the Hulk be the perfect team-up movie, given the natural chemistry that Robert Downey Jr. and Mark Ruffalo have on screen?