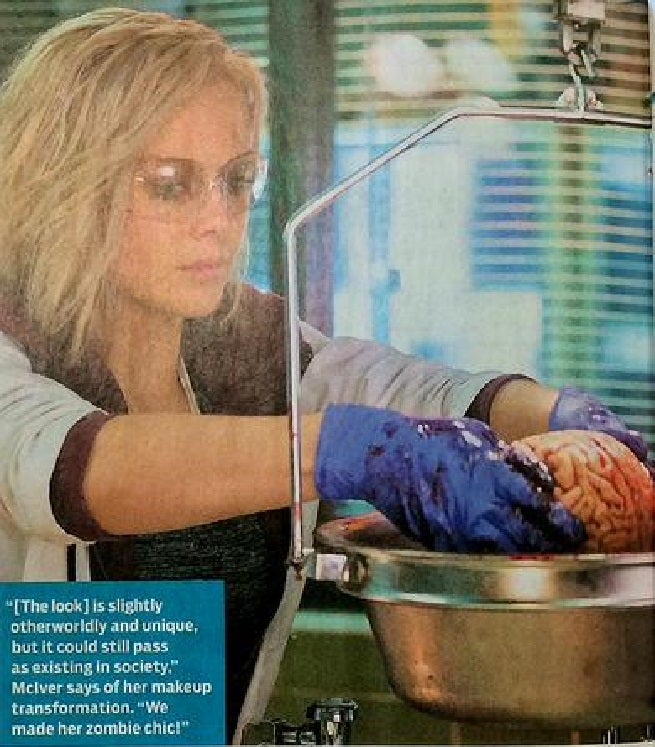 The CW's iZombie seems to be taking a somewhat Chuck-inspired approach to zombism.

In a new interview with TV Guide (via the iZombie podcast), series star Rose McIver told the magazine that one of the most challenging aspects of the show is having to convincingly fake new skills her character acquires after eating brains.

"There are languages she can suddenly speak and physical things, like fight skills, she can suddenly do that are fairly intimidating," McIver admitted. "Each time I get a new script, I'm like, 'Gosh, they're going to want me to be a concert pianist one of these days.' But as an actor, it's so appealing to do something different every week."

In terms of plot, McIver said that the relationship with her characters ex-fiance, played by Robert Buckley, is one of the toughest bits.

"It's the most heartbreaking part," McIver said. "Liv's so scared of infecting him with zombie-ism."

You can see a low-quality scan of the image from inside the print magazine, one of the first new images released from the series in a while, above.

iZombie is coming to The CW soon.