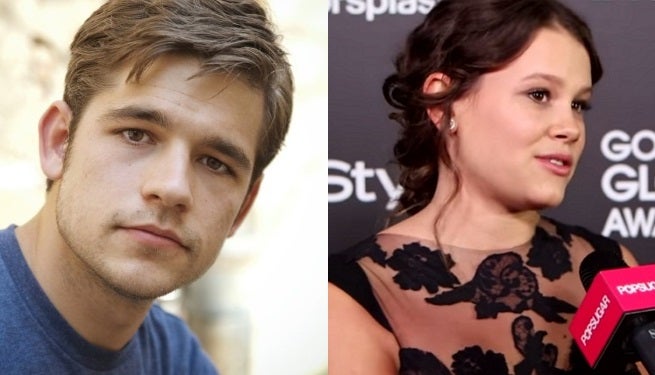 Syfy and Universal Cable Productions have announced Jason Ralph (Aquarius) as playing the lead role of Quentin, and Sosie Bacon (The Closer) as Alice, in the television adaptation of Lev Grossman's novel, The Magicians.

The series began production in New Orleans earlier this week.

Previously announced cast members include Stella Maeve as Julia, Hale Appleman as Eliot and Arjun Gupta as Penny. Mike Cahill (I, Origins, Another Earth) will direct the pilot.

Ralph will star as Quentin Coldwater, a brilliant, but withdrawn young man, who feels like a perpetual outsider, and has been crushing on Julia since they were kids. Depressed and full of ennui, Quentin has always been a huge fan of a series of books set in the magical land of Fillory (think Narnia)– books that still hold immense fascination for him, even though they are intended for children. When he's recruited as a new student at the mysterious Brakebills College for Magical Pedagogy (think Hogwarts, but for smart but otherwise typical American college kids, instead of idealized British juveniles), he realizes that magic is real, and that he himself is a potentially gifted magician.

Ralph is known for his roles in the feature films Brightest Star, I'm Obsessed With You (But You've Got to Leave Me Alone) and Those People. He has also appeared on HBO's Looking and Blue Bloods, and will have a recurring role on NBC's new series Aquarius.

Bacon will play Alice, a shy young woman. Born of a magical but neglectful family, Alice is an outcast among her fellow Brakebills classmates, but still emerges as the most brilliant magical practitioner in her class.

Bacon recently wrapped production on the independent film The Lost Boy, as well as supporting role in the film Wishin' and Hopin'. Bacon began made her acting debut at the age of 11, when she appeared in the film Loverboy, directed by Kevin Bacon.  She also appeared in season five of The Closer.  Bacon has also appeared in Off Seasons.

Lev Grossman's Magicians trilogy has been an published in more than twenty countries. The conclusion to the series, The Magician's Land, just opened at #1 on the New York Times Hardcover Best Seller's list.

Jason Ralph And Sosie Bacon To Star In The Magicians