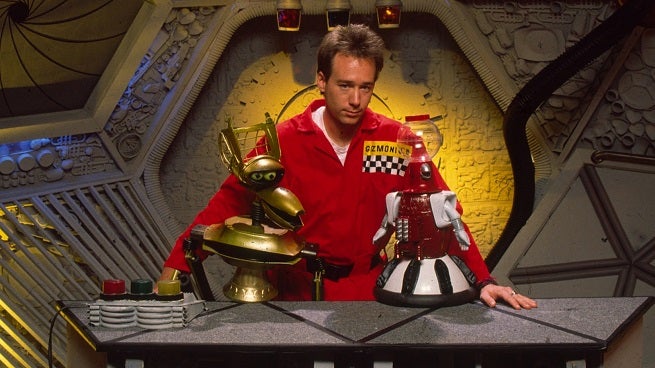 During a Reddit AMA in support of this week's MST3K Turkey Day festivities, Mystery Science Theater 3000 creator Joel Hodgson gave fans a couple of tiny nuggets of information about the rumored reboot of the property he hinted at back in April.

Asked directly whether he could tell fans anything new about the reboot, Hodgson declined, saying only, "We're working on it. I'll tell ya later."

Elsewhere in the AMA, though, he did provide one little piece of information which, many fans think, has embedded in it a somewhat more valuable tidbit.

Asked about the possibility redesigning Crow T. Robot and Tom Servo or some of the other "'Bots" featured on the series for a potential reboot, Hodgson said that he imagines they would introduce some new 'Bots but that Crow and Servo would remain the same.

"I think, for the reboot, obviously people would really want to see the original robots back," Hodgson said. "So I intend to do that. But hopefully we'll bring some new ones too."

Fans noted in the comments that he had said "the reboot," not "a reboot," and took that to mean that the reboot exists in a form that's somewhat tangible.