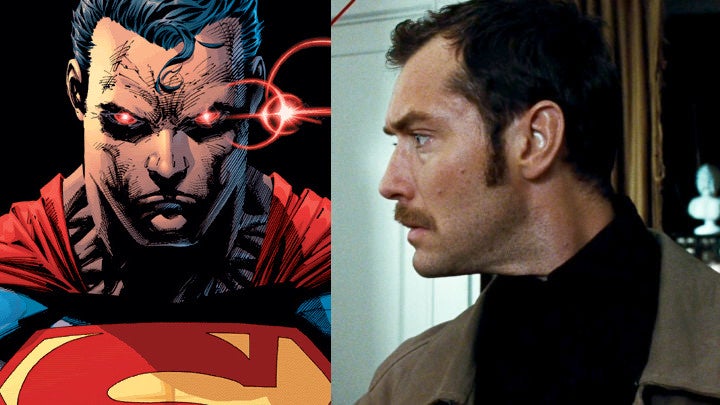 In-between Tim Burton's doomed Superman film and Bryan Singer's Superman Returns, Warner Bros. made moves for another Superman blockbuster in 2002. With Brett Ratner directing a Superman entry penned by J.J. Abrams, none other than Jude Law was set to bring Krypton's Last Son to life.

Until, he wasn't. Law, whom had met with Brett Ratner and seemed ready to officially sign on, dropped out of the film before it even made it into pre-production. The rest of the project quickly died afterward. But why would Law, a self-professed comic fan, turn down one of Hollywood's biggest roles?

Law finally revealed why he rejected the cape in a recent interview with MTV News. While speaking about his next film, Black Sea, Law explained that he didn't "Want to spend the rest of my life being that guy who played Superman." Of course, if Law rejected it in the age of multi-picture contracts, it would be because he didn't want to play Superman for the rest of his life.

The decision even came after Law donned a prototype of the film's costume. But apparently, all the actor really wanted was to experience some quick cosplay.

"I go in the bathroom, put it on and look in the mirror, and suddenly, I am Superman," Law said. "And it is an amazing costume," he told MTV. My chest pops up and the music comes on… That was it. I got it out of my system. I took it off, put it in the bag, and was like, 'I'm not going to do it."

You can check out his full interview below.

It would take Warner Bros. another decade before choosing another British actor to portray Superman, with Man of Steel and Batman V. Superman: Dawn of Justice's Henry Cavill.