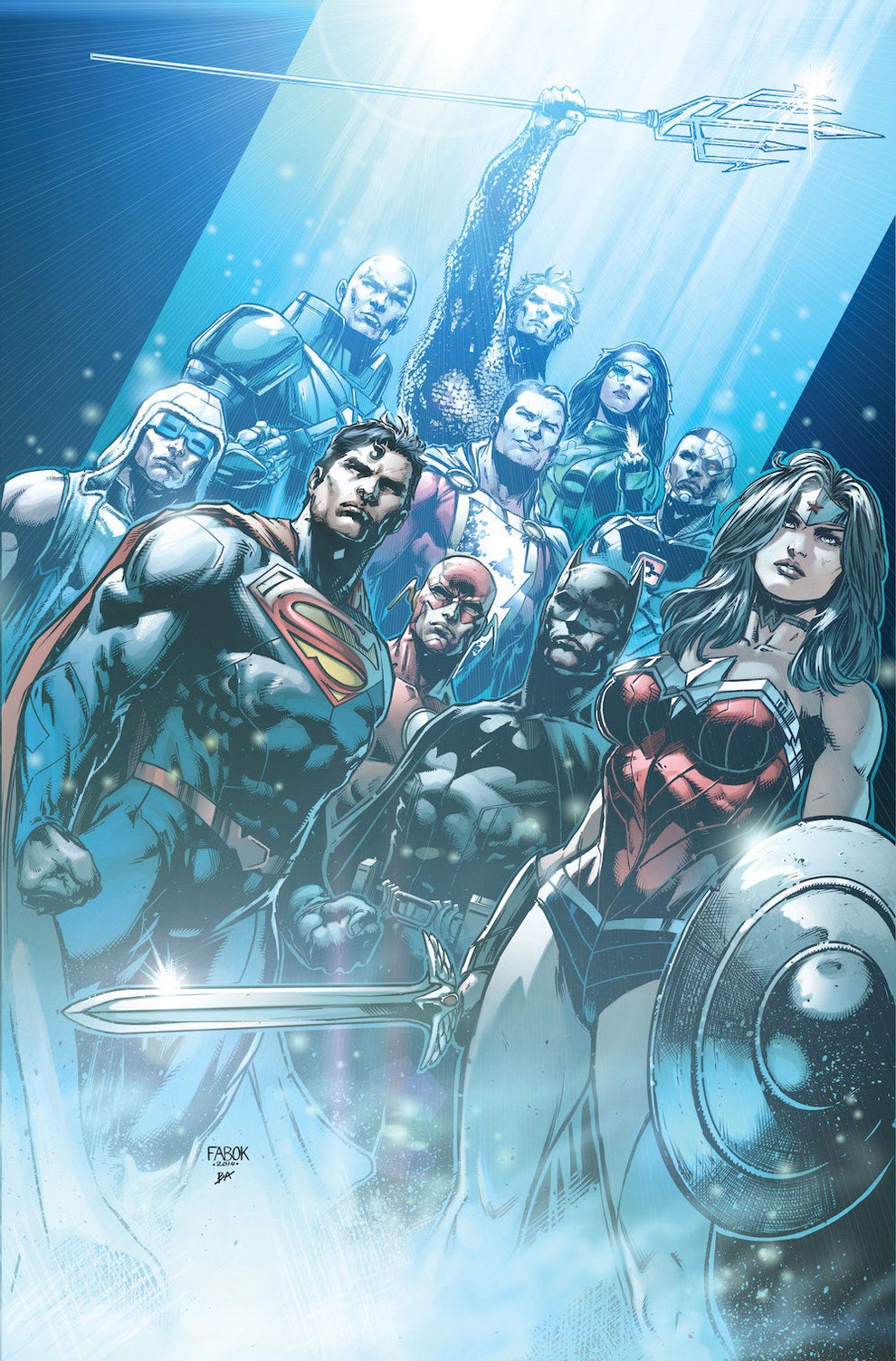 Reis, who has been working with DC Chief Creative Officer and Justice League scribe Geoff Johns on Green Lantern, Aquaman and Justice League for years now, will likely land on another Johns project someplace -- but the Buzzfeed article where the change was announced doesn't deal with just when or where.

It's actually buried at the bottom of a preview of next week's Justice League #33, including a snazzy variant cover by DC: The New Frontier's Darwyn Cooke. Another Johns favorite, Doug Mahnke, drew that issue. Mahnke has worked on Justice League of America and occasionally filled in for Reis on Justice League.

Here's what Fabok had to say about taking on the gig:

Over the past 4 years, I've had the opportunity to launch Batman:Eternal with Scott Snyder and an amazing cast of writers, work on the legendary Detective Comics with John Layman and draw the character of my dreams, Batman. I'm so thankful and blessed for these opportunities in my career. How could it get any better?

How about getting a call from Geoff Johns at 12'oclock midnight and having him offer you the art duties on Justice League? I was so blown away I don't think I slept all week.

Geoff has been such a huge inspiration to me over the years reading his work and watching him weave these grand epics through the DC universe. In fact, one of my career goals was to get a chance to work with him on a project. To have the opportunity to draw the next chapter in his Justice League saga is an extreme joy and overwhelming to consider.

I've always dreamed of drawing Superman, Wonder Woman, Batman, Flash, Lex Luthor, Aquaman and the myriad of super-villains that comprise the Justice League books. Geoff has such an awesome story crafted and I can't wait for fans to see what he has in store in the coming months. It's going to get epic! I'm so thankful for this opportunity and hope that fans will look forward to what we have in store!