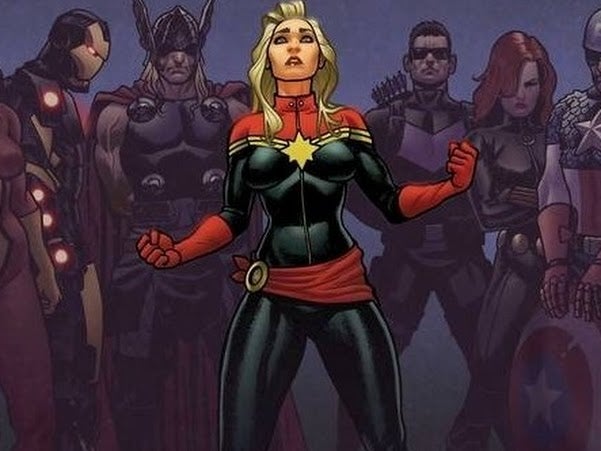 Kelly Sue DeConnick, who relaunched Captain Marvel in 2012 with Carol Danvers as the lead, will leave the title following Marvel's Secret Wars event, she has confirmed.

A fan-run news account on Twitter announced late last night that DeConnick would finish her run on the book, and DeConnick tweeted a confirmation at them, saying that it was "so hard to go, but it's time."

DeConnick's run on the title has been acclaimed by critics and fans, and sales have been fairly strong, though rarely a blockbuster. Around the time she first started on the title, she was also writing Avengers Assemble, which she left shortly after a crossover between the two titles during which time Assemble had some fill-in creators involved.

@CaptMarvelNews So hard to go, but it's time.

No word yet on what form Captain Marvel will take following the events of Secret Wars, or whether it will even necessarily still be in print. DeConnick's departure leaves Marvel very few titles where the creative team is strongly associated with the titles; Matt Fraction and David Aja's Hawkeye run recently ended, as did Peter David's X-Factor.

Pokemon Confirms Ash Is Sticking With the Anime