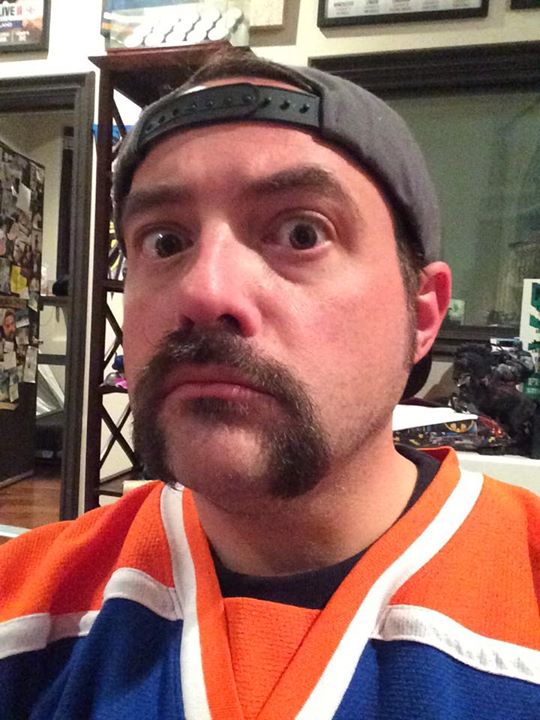 Director and writer Kevin Smith had some fun on the march to a baby-faced, beardless visage. One pit-stop, which he revealed just in time for Halloween, was a Village People-inspired look.

Posting the image on Facebook and Twitter, Smith wrote "En route to being beardless, I played around. This is my Village People 'stache. The handlebars seem to beckon 'You want a ride, Sailor?'"

The reference is most likely to Glen Hughe's satirical "Gay Biker" stereotype from the Village People. Hughes often sported the iconic handlebar moustache as part of his satirizing costume. The Village People is the famous disco group behind hits like "Y.M.C.A.," "Macho Man," and "In the Navy."

Smith is shaving the trade-mark facial hair, which he has sported for as long as he has been culturally relevant, for his upcoming role in Yoga Hosers. The comedy film, which Smith is writing and directing, also features a leading role from Johnny Depp. The film hits theaters June 1st, 2015.