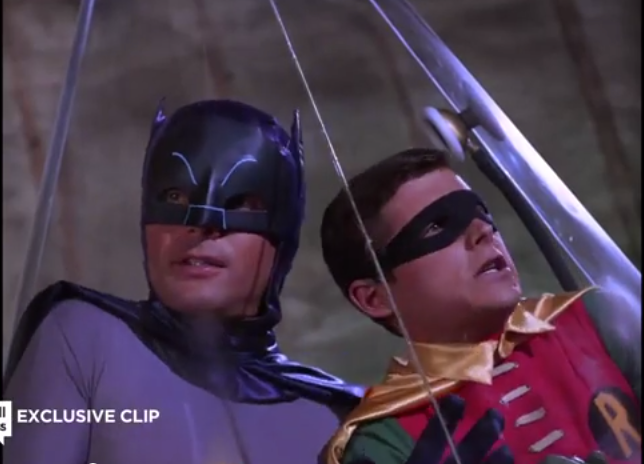 But a baby-faced Smith wasn’t the only reveal that viewers were treated to. Smith unveiled an exclusive clip from the upcoming Batman ’66 TV Series DVD and Blu Ray Release. In the clip, the Dynamic Duo are trapped in a giant hourglass by the Clock King. As sand fills Batman and Robin's bottom portion of the glass, they only have a short amount of time to escape before suffocating. It’s the type of death trap that makes everyone, Smith included, love the Adam West-driven series.

“Everybody has their own Batman, but my Batman is the TV Batman, Adam West,” Smith said.

Check out the clip, and the rest of the episode, below. The Smith duo also chat with the new “Green Arrow” creative team, discuss the “Convergence” crossover event, and more.