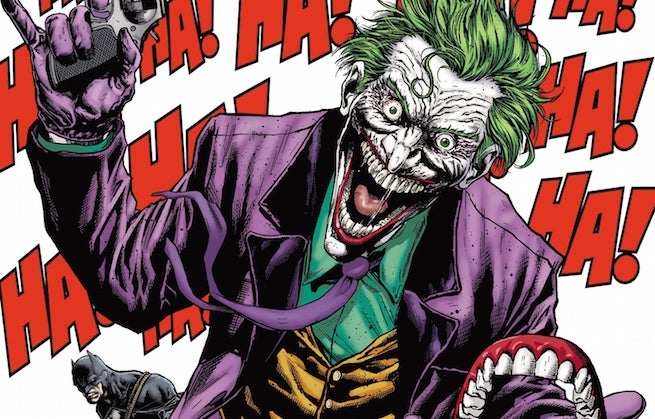 Batman and Joker. Two comic book characters that go together like peanut butter and … what's something that really disagrees with peanut butter because it's actually similar to it in a Freudian sort of way?

These two have been at the center of several iconic comic book stories with their most recent classic, "Endgame" by Scott Snyder and Greg Capullo, concluding this week in Batman #40. In honor of this complex yet entertaining character dynamic, and the Clown Prince of Crime's 75th anniversary this month, ComicBook.com runs through the five most influential Batman/Joker comic book stories of all time. These arcs not only pack a significant influence on Batman's universe, but the comic book industry as a whole. 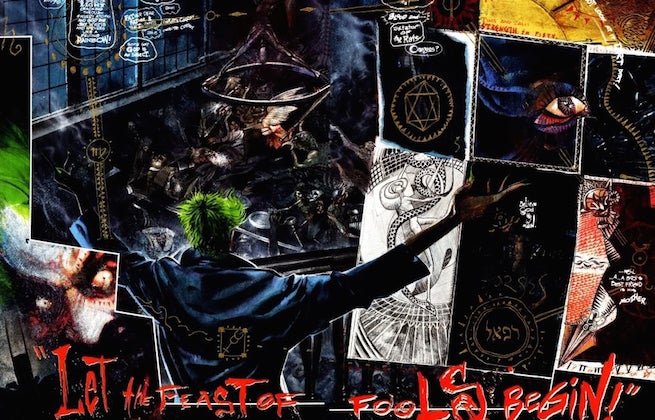 While many Batman comics have attempted to explore the Caped Crusader's psychology, Arkham Asylum is arguably the most insightful. With the Joker's ever-looming presence inside the famed madhouse, Arkham Asylum brought Batman's very sanity into serious question. Through the Joker, writer Grant Morrison raises the idea that perhaps Batman is most comfortable inside the asylum while his existence in the "outside world" is more like a prison. Dave McKean's beautiful but unnerving artwork, which includes a host of surreal, Salvador Dali-ish imagery, further sells Batman's disorienting experience inside Arkham.

Interestingly, this iconic Batman story almost didn't make it onto bookshelves. Coming on the heels of the massively successful Batman film in 1989, DC was looking to flood the market with as much Batman product as possible. However, when Morrison put forward this rather heavy tale, filled with obscure literary references and off-beat psychological horror, DC's editorial department was reportedly disinterested in publishing the graphic novel. Fortunately, the comic saw the light of day and is revered by many as one of the best Batman stories ever.

Beyond the comic-verse, Arkham Asylum also inspired an entire franchise of critically-lauded video games. Considering how awful most comic book video games adaptations had been prior to Arkham Asylum, that's a pretty impressive feat. 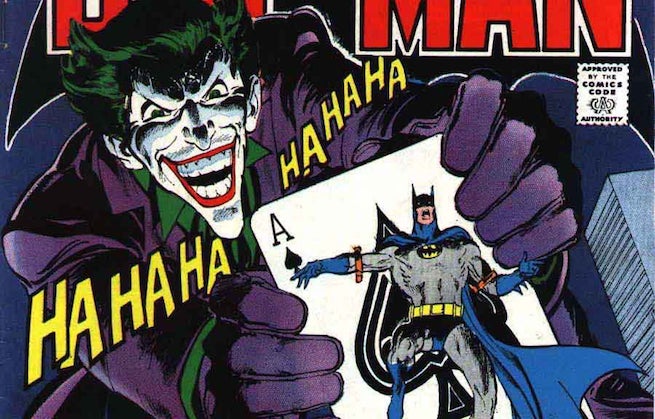 The story that cemented the Joker as Batman's deadliest villain. Prior to this Denny O'Neil and Neil Adams classic, the Joker had lost his bite (thanks in large part to his campy depiction in the Bam-Pow-tastic 60s Batman television series) and actually disappeared from the comics for nearly five years. So, O'Neil and Adams reintroduced the character by honoring his Golden Age roots (more on that in a bit), ditching the cheap yuks, and highlighting the sociopathic menace that has defined the character ever since.

"Five Way Revenge" depicts the Joker as an unpredictable terrorist, willing to murder his supposed allies in some twisted sense of vengeance. As if the story and the Joker's characterization weren't enough, this issue might mark the pinnacle of Adams's pencil-work on Batman. The iconic artist brings it on every single page, creating a number of famous panels, including the opening splash page of  a maniacally laughing Joker that's seared into our collective memory and a full-page spread later that shows Batman leaping into action (the latter image has been used as promotional image for Batman and other random comic book conventions and shows for years). 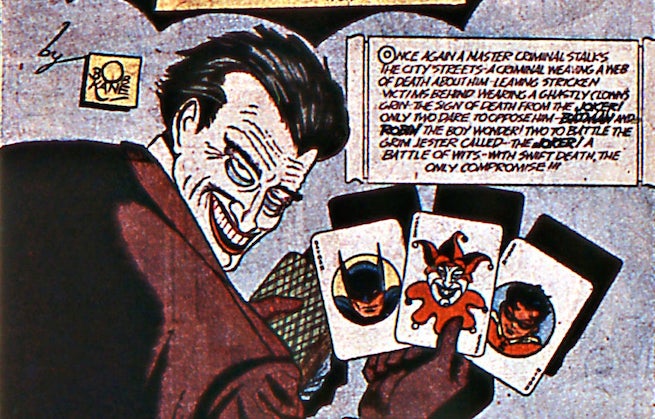 The first issue of Batman sets the gold standard for how to memorably introduce a comic book villain. Bill Finger and Bob Kane introduce the "Clown Prince of Crime" in the creepiest way possible: After The Joker murders his first victim, he contorts their face into a ghoulish grin. The unsettling grin would become a trademark of the Joker's victims, finding its way into a number of future stories. Additionally, "The Joker" would be referenced and reimagined many times over, most famously by Ed Brubaker and Doug Mahnke in their The Man Who Laughs graphic novel.

Thanks to the Comic Code Authority, the Joker would be later toned down by DC during the 50s and 60s. But once the authority's standards on violence loosened up, creators immediately jumped on bringing Finger and Kane's initial depiction of the Joker back to the forefront (and then some).

Jason Todd, the second Robin, joined the short list of comic book characters who would allegedly stay dead forever (until someone inevitably decided that they wouldn't) in this highly influential story from Jim Starlin and Jim Aparo.

"A Death in the Family" captured just how far the Joker was willing to go in his war against Batman — and how far readers were willing to go in their war against Jason. While the arc is best known for the Joker savagely beating Robin II with a crowbar before leaving him to die in a warehouse rigged to explode, some of the extracurricular activities surrounding "A Death in the Family" have pushed the storyline into legendary status. Prior to the publication of Batman #428, fans were asked by DC to call a hotline to vote on Todd's fate. Todd, who was highly unpopular with many fans who never accepted him as a suitable replacement for the original Robin, Dick Grayson, got the thumbs down from the masses and was scripted to die.

Death by fan poll didn't sit well with many in the comic book industry, and DC was criticized for the stunt. Meanwhile, Todd would be later resurrected via "retcon punch" during Infinite Crisis in the mid-2000s. "Retcon Punch" was about as well received as "death by phone" so at least DC has always been consistent about the life and death of Todd. 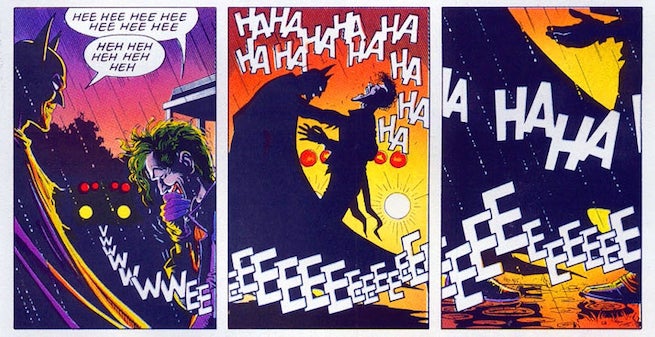 It's the darkest, most twisted Joker story of all time. It's also the most famous and has proven to be extraordinarily influential on the Batman mythos and the industry as a whole. Written by Alan Moore with art from Brian Bolland, The Killing Joke depicts the Joker at his very worst — which says a lot considering the character's history. In the comic's most infamous scene, the Joker shoots and sexually assaults Barbara Gordon, then shows photos of his actions to her father, police commissioner Jim Gordon. Barbara is left paralyzed after the comic and remained that way until the New 52 reboot.

Beyond Joker's heinous actions and Barbara's horrific treatment, The Killing Joke also features a possible origin for the Joker that casts him in a more sympathetic light. The story of how one poor schlub could transform into a disfigured menace inspired Tim Burton's 1989 Batman film while Heath Ledger used the book a reference while playing the Joker in 2008's The Dark Knight.

And then there's the comic's final page, which has left people debating its meaning more than 25 years later. Does Batman kill the Joker in this cryptic scene? There's no right answer, but the fact that people are still talking about it indicates the lasting influence The Killing Joke has had on the comic book community.

What's your top Batman/Joker Story? Pick your favorites in the comments below.

The 5 Most Influential Batman & Joker Stories