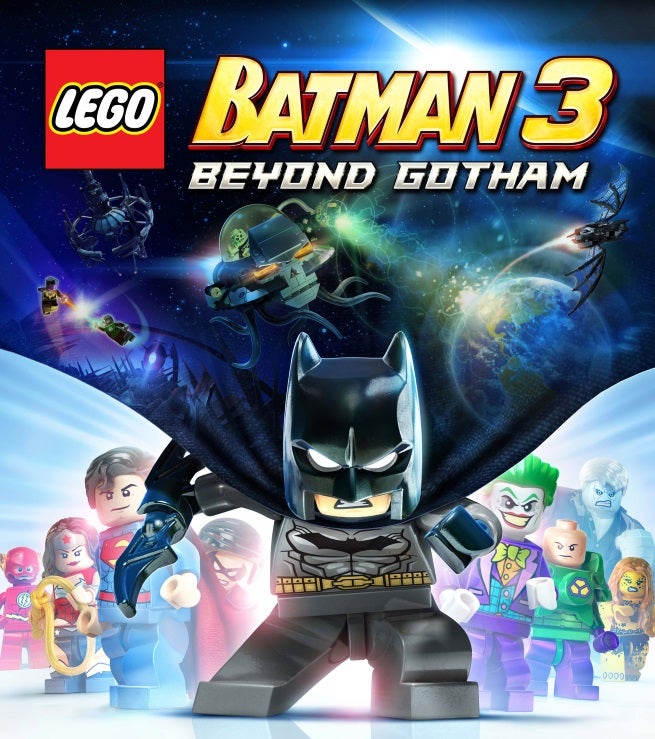 “LEGO Batman 3: Beyond Gotham is without a doubt this year’s ultimate Super Hero game for all ages,” said Tom Stone, Managing Director, TT Games Publishing. “From free-roam gameplay, to flying LEGO big figures and exploring Lantern Worlds with DC Comics’ most amazing characters, the fun and possibilities in LEGO Batman 3 are endless.”

In LEGO Batman 3: Beyond Gotham, the Caped Crusader joins forces with the super heroes of the DC Comics universe and blasts off to outer space to stop the evil Brainiac from destroying Earth. Using the power of the Lantern Rings, Brainiac shrinks worlds to add to his twisted collection of miniature cities from across the universe and the greatest Super Heroes and most cunning Super Villains must unite and journey to different Lantern Worlds to stop him.

Players will unlock and play as more than 150 characters, including members of the Justice League and the Legion of Doom, as well as LEGO big figures such as Arkillo, Atrocitus and many more, each with their own gadgets and abilities. In LEGO Batman 3: Beyond Gothamplayers will explore iconic locations such as the Hall of Justice, the Batcave and the Justice League Watchtower, as well as visit and freely explore various Lantern planets like Odym, Zamaron and Okaara.

Check out the surprisingly straight-faced launch trailer below.

Batman 3: Beyond Gotham is the first LEGO videogame to offer a Season Pass. The Season Pass will include six downloadable packs, each with a uniquely themed mission level with story and free play modes. Players will be able to unlock more than 40 characters, vehicles, achievements and more.  Three add-on content packs will be available at launch: The Dark Knight, Man of Steel and Batman. Players can also look forward to more add-on content, including the Arrow pack and two others, to be released at a later date.

The handheld version of LEGO Batman 3: Beyond Gotham includes more than 100 characters from the DC Comics universe and 45 missions spanning an original storyline.