The DC Universe's heroes aren't the only ones getting a new look this June.

As part of the publisher's upcoming Divergence overhaul, DC villain Lex Luthor is getting a brand-new look. Ditching his trademark battle suit for a trench coast, power gauntlets, googles, and hover disk, Lex's new costume feels much more street-savvy. However, it does retain Luthor's signature green and purple color scheme. He joins other major DC characters, including a majority of the Justice League, in sporting a new costume. Luthor and his new suit will debut in June's Batman/Superman #21 (illustrated by Ardian Syaf), which DC previewed today

Much like Aquaman's new look, it's possible that DC is trying to bring Lex closer, visually, to his upcoming cinematic counterpart in Batman Vs. Superman: Dawn of Justice. While the only image of Jessie Eisenberg's Lex Luthor has been a headshot, it seems much more likely that the character would wear a suit like the above's, over the classic armor. 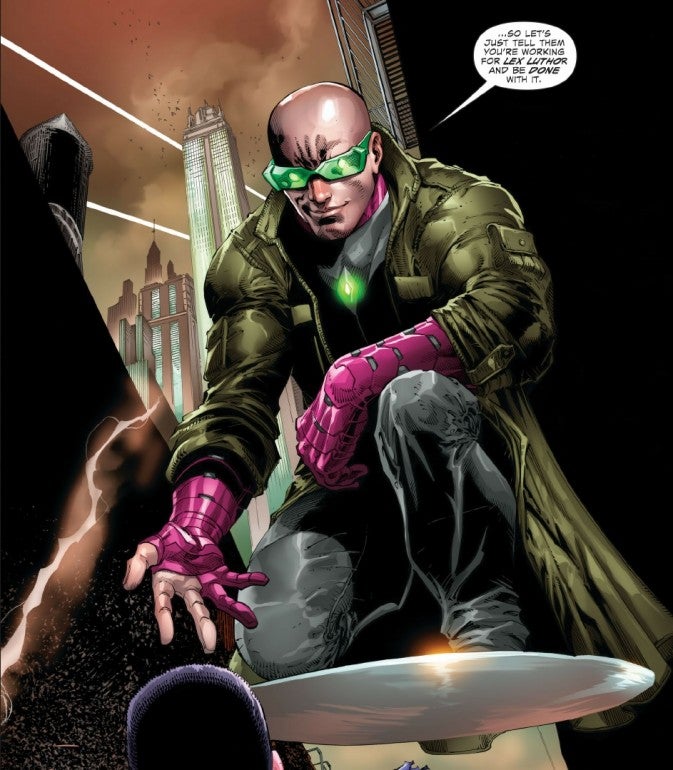 What do you think readers? Are you a fan of Lex's new look? Sound off in the comments below.

Lex Luthor Gets A New Costume In June