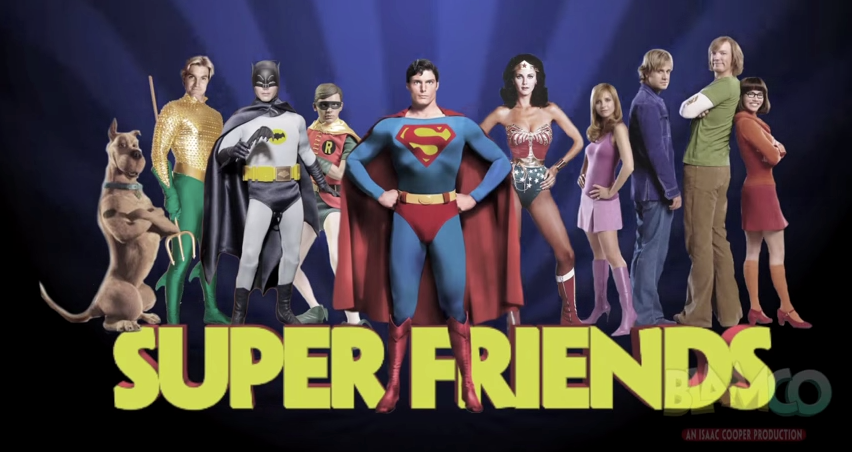 One DC Comics fan has brought the Justice League to life in a super-groovy, live-action send-off to the Super Friends cartoon. In it, Adam West & Burt Ward's Batman & Robin, Christopher Reeve's Superman, Lynda Carter's Wonder Woman, and…the live-action Scooby Doo gang unite for a far-out Justice League. The narrator also pays homage to the classic cartoon's narration and intro for a one-of-kind trailer that delivers truth, justice, and peace for all mankind. Just no Bat-Fleck.

You can watch it below.

What do you think of this Super Friends special? Is it groovy, or totally bunk? Sound off in the comments below.