Oh no. Here we go again. First we had the Iron Man 2/Whiplash controversy. Then it was Wonder Woman. Now the latest sure-to-be costume outcry will be that of Superman in the upcoming 'Man of Steel' film. So get ready folks. Grab your pitchforks, light those torches. Because--wait for it--Superman has lost his red underwear. This, according to some set pics from SuperHeroHype. That's right, those trademark red undies that we've come to know and love are no longer. 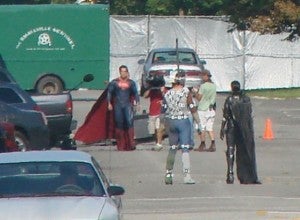 Why the change? Maybe it's because DC is sticking with a similar look to what's expected for the New52. Or maybe they're just switching things up and trying something new. Either way, it's bound to draw some criticism. But for those of you that cringe at change, there's some good news. Additional set pics reveal the villains of 'Man of Steel!'. There is Antje Traue as Faora and Michael Shannon as Zod. 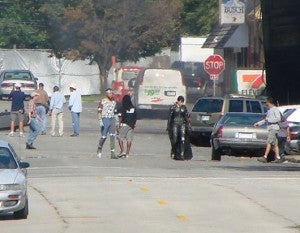 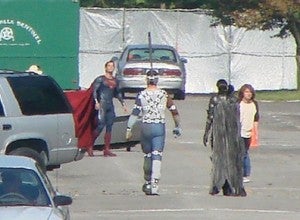 'Man of Steel' stars Henry Cavill as Superman and is scheduled for release on June 14, 2013.