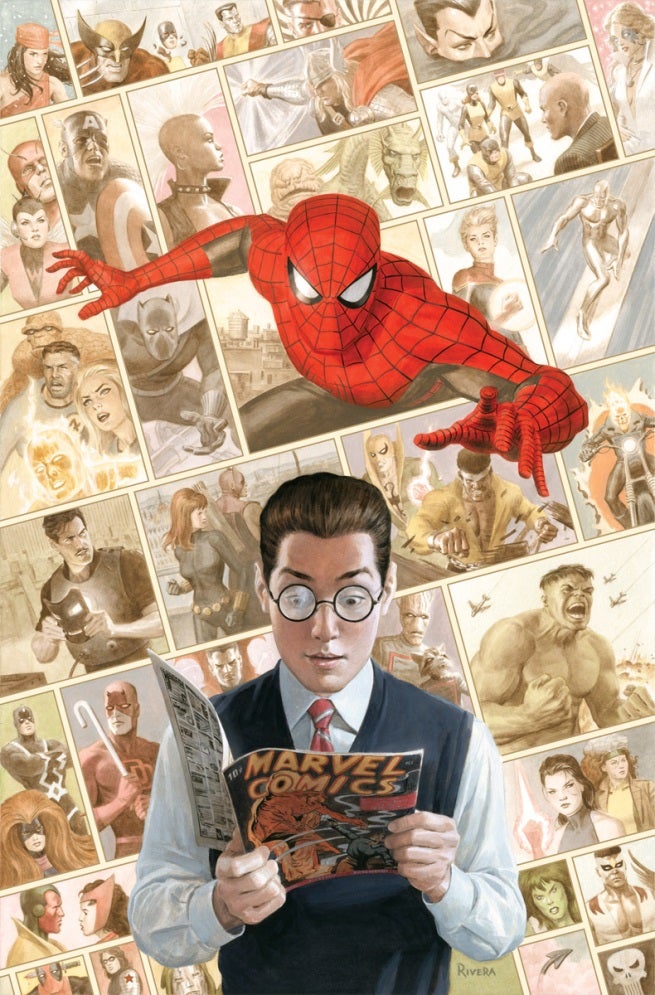 Marvel Comics has announced Marvel 75th Anniversary Celebration #1, an anthology comic featuring some of the biggest names in the company's history.

The anthology features a cover by Paolo Rivera. Inside, the anthology begins with Bruce Timm adapting the prose story Captain America Foils the Traitor's Revenge, the first published work by Stan Lee, into a comic for the first time.

Additionally, the issue has several extra features, including articles, retrospectives, and a tribute to Marvel creators who are no longer with us.