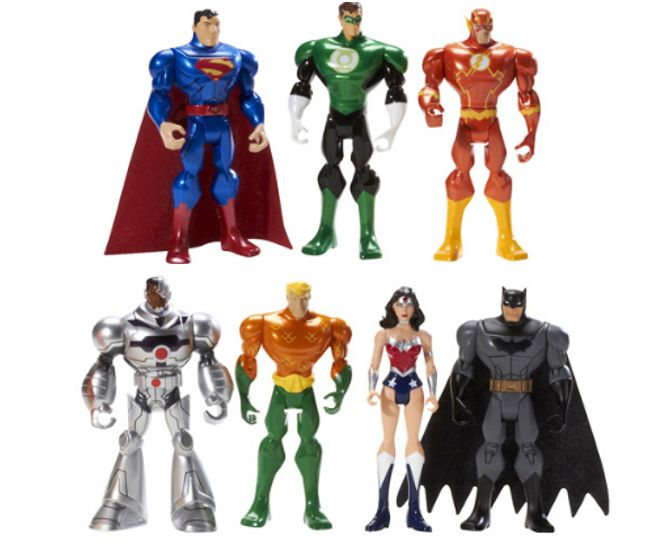 While this shouldn't come as a surprise given Mattel's long history making action figures, vehicles, and other toys based on DC Comic characters, Variety is reporting that Warner Bros. Consumer Producers and Mattel have signed a new deal, which will allow Mattel to create DC Comics superheroes toys for several more years.

The extended deal reportedly runs from three to five years, and it includes the rights to produce likenesses of characters in several current and upcoming DC Comics media properties. Mattel will be producing action figures for both the Batman V. Superman: Dawn of Justice and the Justice League movies. Also, Mattel will be producing toys for Warner Bros. TV series Arrow and The Flash.

Some of the toy brands included in the deal are Hot Wheels, Matchbox, Barbie, Mattel Games and Fisher-Price. As part of Batman's 75th Anniversary, Mattel will be producing "a line of Lights and Sounds 10-inch Core figures, an assortment of Hot Wheels Batmobiles, Batman Basic Figures, the all-new Batman 12-inch figure, as well as additional figures and characters."