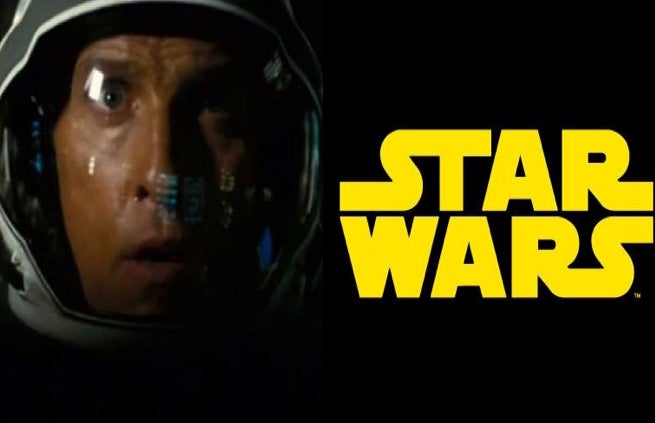 It seems that Mathew McConaughey has developed a taste for space.

After starring in Chris Nolan's science fiction epic Interstellar, the actor spoke to IGN about filming his first space odyssey. When IGN asked McConaughey if he would consider making the jump to George Lucas' galaxy far, far, away, McConaughey was quite receptive to the idea. The only caveat, however, is that McConaughey would want a quality character.

"Sure – there's not anything that I'm not open to embracing. I want it to be a quality script, I want a quality character," he said. "I want to be a little scared of it. I want to have new challenges."

So, no Jar-Jar Binks. Got it. Still, with Star Wars' new commitment to release a new film every year after Episode VII: The Force Awakens premieres in 2015, there will be plenty of opportunities for McConaughey to join the franchise. And with all the new characters that the sequels and spinoffs will likely produce, there's sure to be one that McConaughey could find true ownership in.

"I want to do something… find in a character where I can get to a point where I feel like nobody could be doing this but me," McConaughey further explained. "I'm going to have an original experience…an original take. That takes work to get to that point, but whatever the genre I'm wide open."

What do you think? Is the McConaissance ready to embrace the Force?