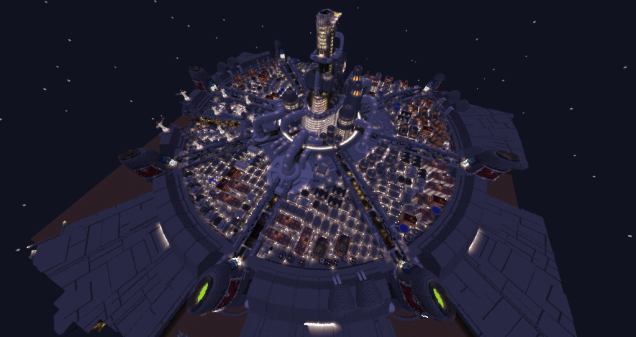 Minecraft player KillerX20 has completed his in game recreation of the city of Midgar from Final Fantasy VII (via Kotaku).

The city was the sight of the memorable opening sequence from one of the most beloved games of all time. The in-game model, which took two years to finish, uses areas seen in Final Fantasy VII as well as the subsequent spinoff games, such as Crisis Core.

"As a lot are probably wondering," Killerx20 says in a forum post, "yes, more then 85% of this build WAS indeed hand placed. The only things that were not are the outer plates, tower, and reactors BUT that doesn't mean they were completed when imported, they were basically detail-less empty shells and I wanted it that way so everything on/inside them had to be hand placed for optimal detail."

You can check out some screenshots of the finished project in the gallery below, and download the map here.