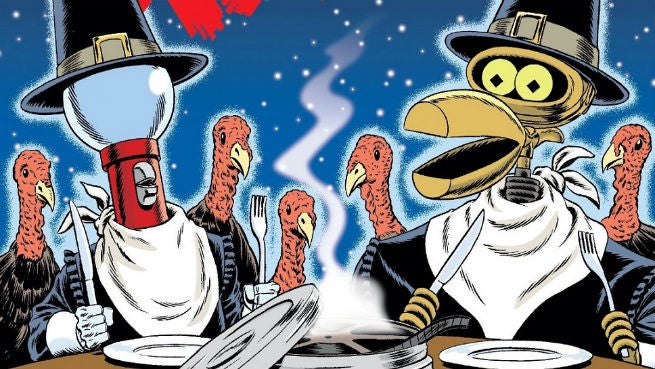 Hodgson will be providing new host segments introducing six classic MST3K episodes. According to Nerdist, the host segments will include special guest appearances as well, although they're unclear on whether the guests are likely to be other MST3K cast members or just other comedians. "Weird Al" Yankovic has two releases coming from Shout! in November, though -- just saying.

The exact list of episodes hasn’t been finalized yet, so fans are encouraged to tweet at Joel to make suggestions.

Shout!, for their part, is running a sale: Order the next MST3K DVD set, MST3K: VOLUME XXXI - The Turkey Day Collection and get a set of free limited edition coasters, a free slipcase and free U.S. shipping.