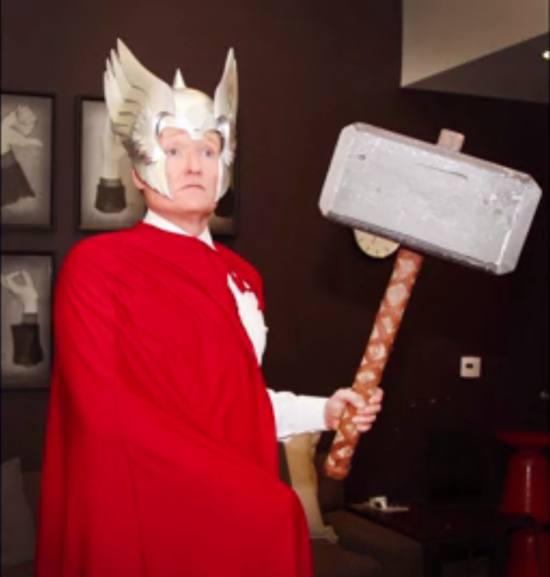 Conan O'Brien recently announced that he would taking his show on the road and heading to the San Diego Comic-Con in 2015. Last night, he had self-professed geek Nathan Fillion on as a guest and took the opportunity to ask for some advice about attending the convention. "Here's what I love about Comic-Con," said Fillion, "the anticipation all year, and then everybody's just ready and then it's like a weekend long orgasm. There's a real feeling of community and everybody's super-duper excited." Fillion asked if O'Brien planned on dressing up for the event. O'Brien said he did and had actually already tried out a Thor costume, which he shared a picture of. "You actually look like a little kid holding a regular size hammer," noted Fillion. Conan couldn't disagree.