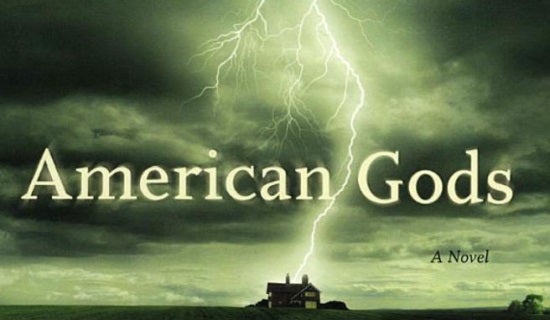 Neil Gaiman's urban fantasy novels American Gods and Anansi Boys are both headed to the small screen. American Gods is being developed by Freemantle Media. Gaiman elaborated on his blog by saying, mostly, that there isn't anything else to elaborate on quite yet.

"As to where you will be able to see it, who is going to be in it, who will be writing or show-running, none of these things have yet been settled. But it already looks like it's going to be a smoother run developing it than it had at HBO, so I am very pleased."

This news is a bit surprising since, last anyone heard, HBO had greenlit  an American Gods series of their own. Gaiman explained that situation as well.

"HBO had an option on American Gods for several years. It went through three different pilot scripts. HBO has a limited number of slots and, after a while, passed it to Cinemax, who are in the HBO family, who decided eventually they didn't want to do it, and the option expired, which unfortunately meant we couldn't work with Tom Hanks' production company Playtone any longer, as they are exclusive to HBO. However, Stefanie Berk, who had been one of the brightest stars at Playtone, had recently moved to Freemantle, and was as determined as she had been when she was at Playtone to bring American Gods to the screen. And I was impressed by her determination.)"

Gaiman also announced that his novel Anansi Boys is being turned into a miniseries by RED Production Company for the BBC. Gaiman said that both projects are exciting, but Freemantle's adaptation of American Gods will be the more challenging.

"Yes, I'm really thrilled about both of these things. Freemantle has the harder task, as they are going to have to open up American Gods into something bigger than the book. Red are just going to have to make an absolutely brilliant faithful version of Anansi Boys."

For those unfamiliar, American Gods is Gaiman's urban fantasy novel about an ex-con named Shadow. Shadow is released from prison to find that his wife has been murdered and finds himself employed as the bodyguard of the mysterious Mr. Wednesday. The two end up on a road trip straight into a battle for America's very soul. Anansi Boys is a mix of urban fantasy and comedy (and a kind of, sort sequel/spinoff of American Gods). When Fat Charlie's father drops dead on karaoke stage, a young man who bears a resemblance shows up on his doorstep. The man reveals that Charlie's father was the spider god Anansi, a revelation which turns Charlie's life around in ways he could never have guessed. Gaiman's comic book masterpiece, The Sandman, is also said to be in production with Joseph Gordon Levitt at the helm. He has previously had his novels Stardust and Coraline adapted into films.