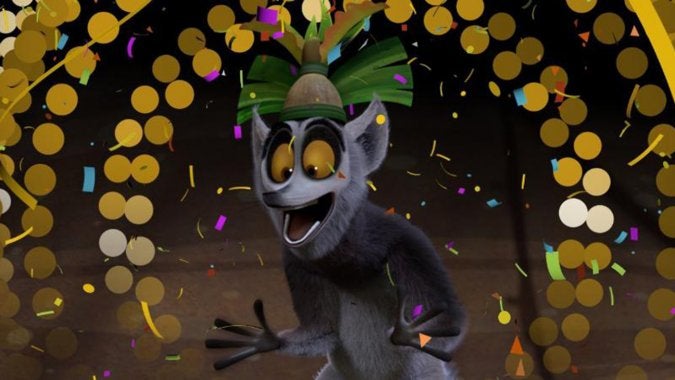 For parents looking to con their children into bed well before the stroke of midnight, Netflix has offered the perfect solution.

The on-demand television provider has released a Madagasscar-themed New Years Countdown special. The video, which runs just over three minutes, stars the character King Julien from Dreamworks' Madagascar franchise. Julien and his compatriots ring in the New Year with a short dance party before giving the “official” countdown to 2015.

As King Julien proclaims in the video, “Is it midnight yet? Who cares? It’s midnight somewhere!” Now, parents only have to try half as hard at convincing their children that it’s already 12:00 a.m., and time for bed. In fact, Netflix is banking on this parental deception. According to The Hollywood Reporter, Netflix said in a statement that thirty-four percent of U.S. parents celebrated New Years with their children several hours early, just so they wouldn’t stay up too late. But apparently, setting all the clocks back a few hours or watching the countdown in another time zone is no longer enough for today’s tech-savvy youth.

So, why not pull the wool over their eyes with some colorful cartoons? The New Years Eve Special, which is part of the Netflix Original series All Hail King Julien, is available now on Netflix under the series’ “Trailers and More” menu.