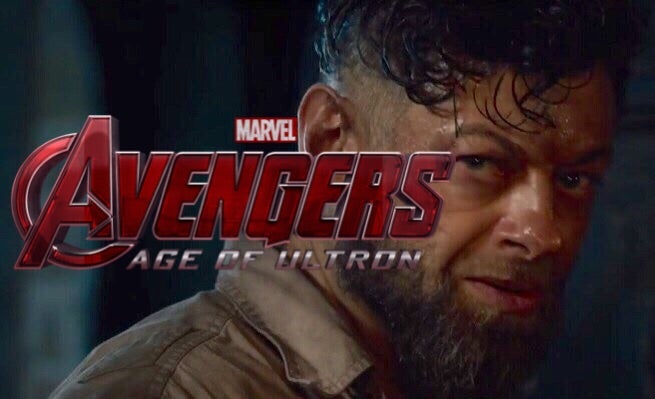 Marvel Studios has released official character descriptions for the cast of Avengers: Age of Ultron, including The Vision and Ulysses Klaue.

Until now, the motivations and back stories behind The Vision and Klaw have been points of mystery in the Avengers franchise.

Take a look below:

The Vision (Paul Bettany) is a powerful and mysterious android that is raw, dangerous and uncontrollable.

Ulysses Klaue (Andy Serkis) is a black-market arms dealer, smuggler and gangster operating out of South Africa. He is a former acquaintance of Tony Stark's from his weapons-dealing days and a powerful new player in the Marvel Cinematic Universe.

In addition to The Vision and Klaw, Marvel also released the backstory for Quicksilver Scarlet Witch, Baron Strucker, and a new ally named Dr. Helen Cho.

Pietro Maximoff/Quicksilver (Aaron Taylor-Johnson) has the power of super-speed. He is fiercely protective of his twin sister Wanda and will do anything to defend his war-torn home of Sokovia. Along with his sister, he volunteered for a secret program and gained his speed through Baron Strucker's experimentation with an unusual power source.

Wanda Maximoff/Scarlet Witch (Elizabeth Olsen) is the beautiful and mysterious twin sister of Pietro. Possessing the powers of mental manipulation and telekinesis, Wanda as Scarlet Witch is able to attack her enemies from the inside out. Along with her brother, she is the product of Baron Strucker's experiment.

Baron Strucker (Thomas Kretschmann) is a brilliant HYDRA scientist who worked under the cover of S.H.I.E.L.D. for far too long. Human experimentation, advanced robotics and artificial intelligence are just a few of the things Strucker is working on when Wanda and Pietro Maximoff volunteer for his program.

Dr. Helen Cho (Claudia Kim) is a world-renowned geneticist and an ally of The Avengers. From her offices in Seoul, South Korea, to sharing workspace with Bruce Banner in his lab at Avengers Tower, Dr. Cho's research and technology help keep The Avengers in the fight.

Avengers: Age of Ultron opens on May 1.