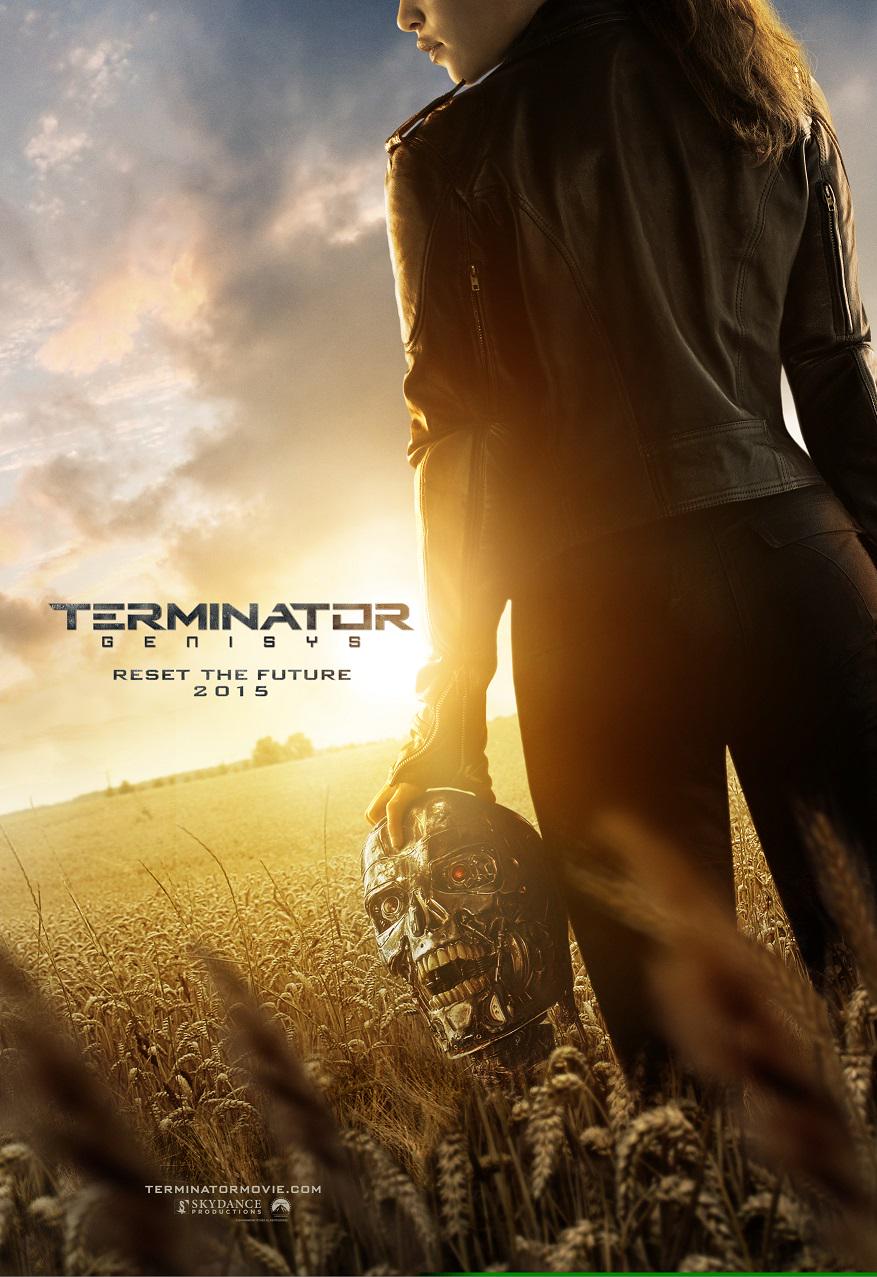 As a pleasant chaser to the teaser trailer released this morning, Paramount Pictures has released a teaser poster for Terminator: Genisys.

The poster shows Emilia Clarke’s Sarah Connor clutching a  detached Terminator head in what would otherwise be a very pleasant-looking field. The tagline for the film reads, “Reset The Future.”

Terminator: Genisys is the first installment in a franchise reboot. When Skynet’s robots have overrun humanity in the year 2029, resistance leader Sean Connor send Kyle Reese to the year 2015 to protect his mother, Sarah Connor, from Skynet’s Terminators. But when Reese finds a very different Sarah Connor from what he expected, their run from the Terminators becomes much more complicated.

Genisys sees the return of franchise Star Arnold Schwarzenegger, along with new cast members Matt Smith, Emilia Clarke, and Jason Clarke. Check out the trailer here in case you missed it.