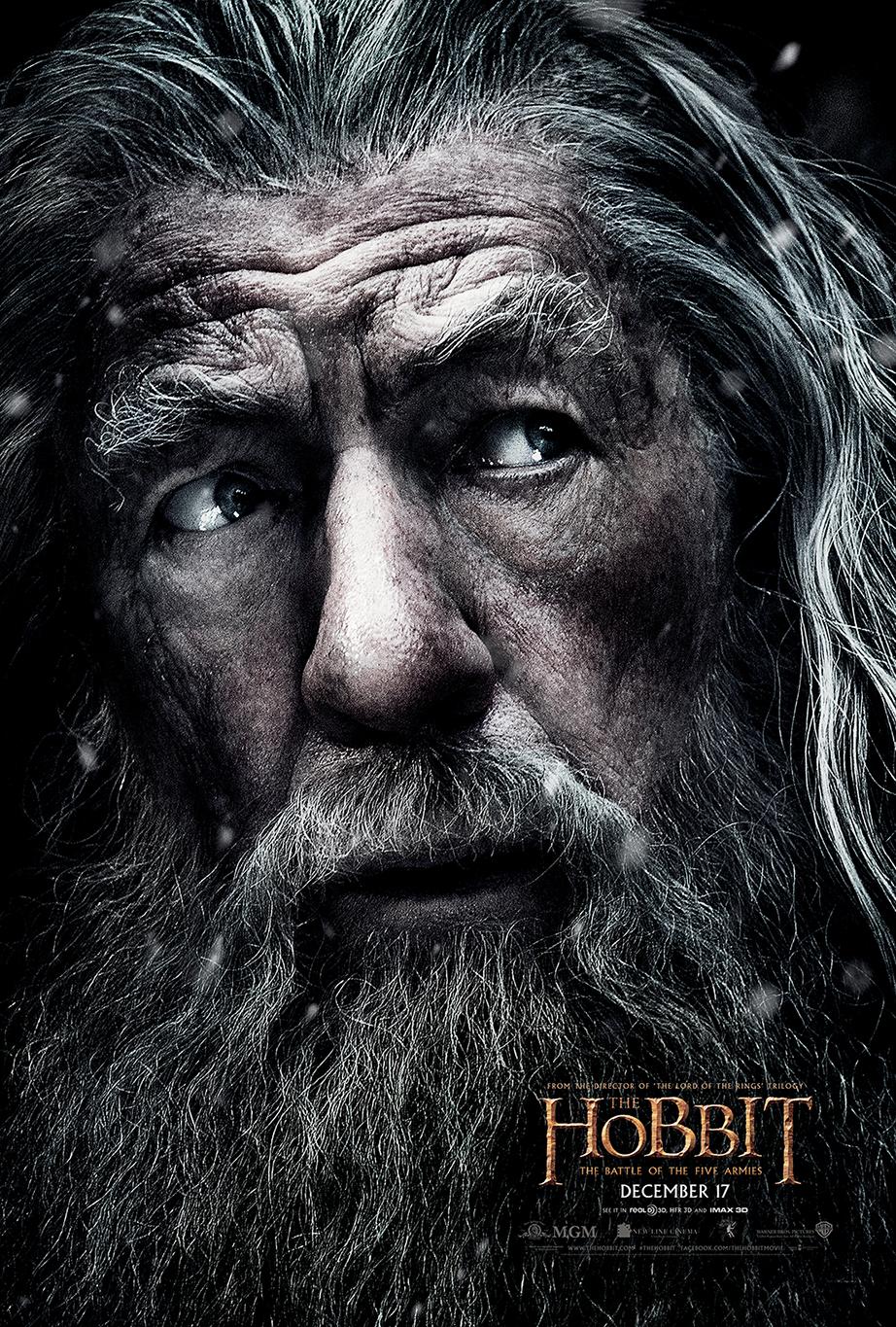 Why so serious, Gandalf?

Warner Bros has released its second in a (presumed) series of character posters for The Hobbit: The Battle of the Five Armies. Today's poster features Gandalf The Grey sporting a rather concerned look on his face. Maybe he knows that this will be his last time on the silver screen for a while? The poster follows yesterday's image of Bilbo Baggins pointing his signature sword at the viewer.

Given The Hobbit's massive cast, here's hoping that Warner Bros. keeps on trucking with these character posters for the foreseeable future.

The Hobbit: The Battle of the Five Armies is the final installment in Peter Jackson's film adaptation of The Hobbit. It hits theaters on December 17th.