The teaser trailer for Valerian and the City of a Thousand Planets was released back in November, so it's about time we got a look at its first full-length trailer. That'll be released next week, so to drum up interest, a new poster and 4-second sneak peek have been released.

The poster offers a close-up look at its blue-eyed stars, Cara Delevingne and Dane DeHaan, and touts director Luc Besson's previous films: The Professional, The Fifth Element, and Lucy.

"I didn't participate in the creation of the poster," Besson told EW. "I wanted to stay fresh and react as a moviegoer seeing it for the first time. This poster was the most striking to me and the whole team was in agreement." He added, "There's always a dominant color in my films. The Professional was brown, The Fifth Element was orange, Valerian is blue ice." 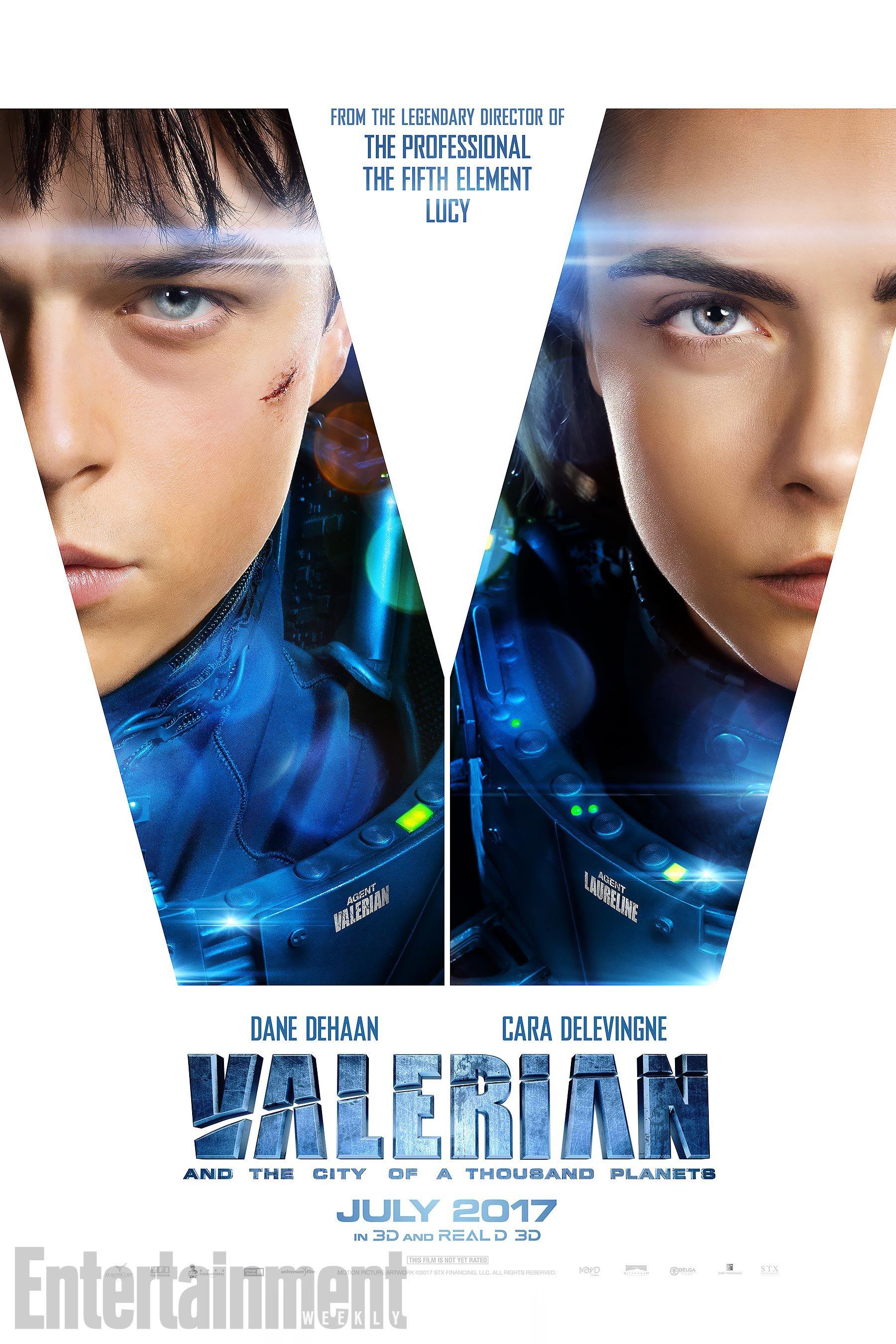 Valerian (Dane DeHaan) and Laureline (Cara Delevingne) are special operatives for the government of the human territories charged with maintaining order throughout the universe. Valerian has more in mind than a professional relationship with his partner- blatantly chasing after her with propositions of romance. But his extensive history with women, and her traditional values, drive Laureline to continuously rebuff him.

Under directive from their Commander (Clive Owen), Valerian and Laureline embark on a mission to the breathtaking intergalactic city of Alpha, an ever-expanding metropolis comprised of thousands of different species from all four corners of the universe. Alpha's seventeen million inhabitants have converged over time- uniting their talents, technology and resources for the betterment of all. Unfortunately, not everyone on Alpha shares in these same objectives; in fact, unseen forces are at work, placing our race in great danger.

Luc Besson produced, wrote, and directed Valerian and the City of a Thousand Planets.

Valerian and the City of a Thousand Planets will be released in the summer of 2017.

Cyberpunk: Edgerunners Cosplay Shoots for the Moon With Lucy