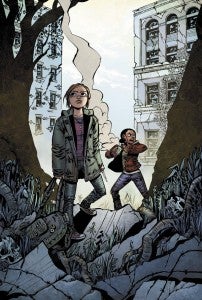 Dark Horse Comics this morning announced an aggressive slate of upcoming licensed books, including two separate Dragon Age projects, a two for Mass Effect and an adaptation of Naughty Dog's The Last of Us. The Last of Us: American Dreams, based on the hotly-anticipated 2013 video game, will be a four-issue series by the The Last of Us game's lead writer Neil Druckmann, along with Faith Erin Hicks on both art and co-writing duties. The story revolves around "Ellie, the heroine of The Last of Us, [who] has grown up in a postpandemic world, shuttled between military orphanages in one of the last remaining quarantine zones and resigned to the fact that when she's old enough, she'll be channeled into the army or left to fend for herself—until she meets an older girl determined to find a third way out," says Dark Horse the series explores the character's backstory and her first steps on the road that led her to her companion Joel. The first issue of the series will bow in the spring. 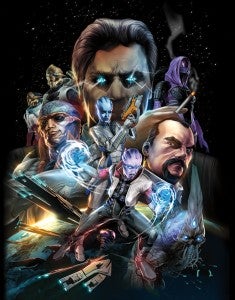 Coming May 22 is a Mass Effect Library Edition, collecting all four Mass Effect series—Redemption, Evolution, Invasion, and Homeworlds—as well as the short stories from MySpace Dark Horse Presents,USAToday.com, and the Dark Horse digital store, all annotated by the artists and writers who worked on them, as well as an extensive sketchbook of never-before-seen art. A must-own for any Mass Effect fan! Mass Effect's Blasto also gets a digital-only one-shot on November 7, when lead game writer Mac Walters and artist Omar Francia take on the character for Dark Horse's standalone digital comics app. As the only major publisher who hasn't yet fallen under ComiXology's purview, digitaly-only series from Dark Horse aren't as common yet as they are with some other publishers, but provide a unique experience. Check out the cover art below the story. 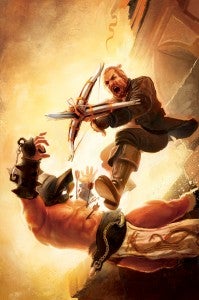 David Gaider, lead writer of the Dragon Age video games, will contribute Dragon Age: Until We Sleep with a script by Alexander Freed and art by Chad Hardin. The series will star King Alistair who, "allied with the world's most feared warrior race—the Qunari—the pirate Isabela, and the rogue Varric, brings a battle royal to the evil mage responsible for his father's disappearance!" All of that in addition to the Dragon Age Encyclopedia: World of Thedas, which features hundreds of pieces of art related to the popular franchise. Dark Horse boasts, "For Dragon Age newcomers, this comprehensive volume brings you up to speed on everything you need to know about Dragon Age's regions, religions, monsters, magic, and more! For dedicated fans, never before have the secrets of BioWare's epic fantasy been revealed so completely and so compellingly. The World of Thedas Volume 1 is filled to the brim with never-before-seen art by the creators of the games!" World of Thedas will released in more than one volume, the first of which will be in stores in April. 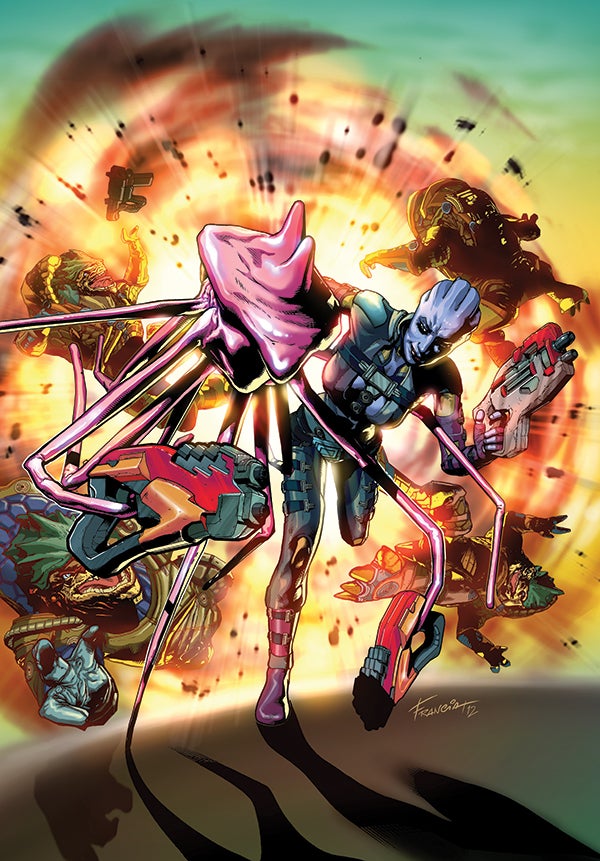