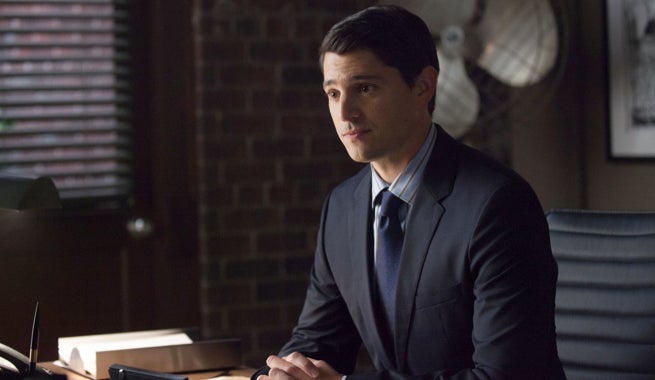 Nicholas D'Agosto is doubling up for Gotham's second season.

D'Agosto, who plays Harvey Dent in FOX's Batman prequel series, is coming back as a series regular for season two. In season one, Dent was introduced as an assistant to Gotham's City's district attorney. But with an expanded role, could a promotion be possible for the Two-Face to-be?

Thank you to all of you @Gotham and #HarveyDent fans for your enthusiasm. I can't wait to join more of the fun as a regular in Season 2!

Are you excited to see more of Harvey Dent in Gotham? Let us know in the comments.

Gotham returns for its second season this fall on FOX.

Nicholas D'Agosto Made A Regular For Gotham Season 2